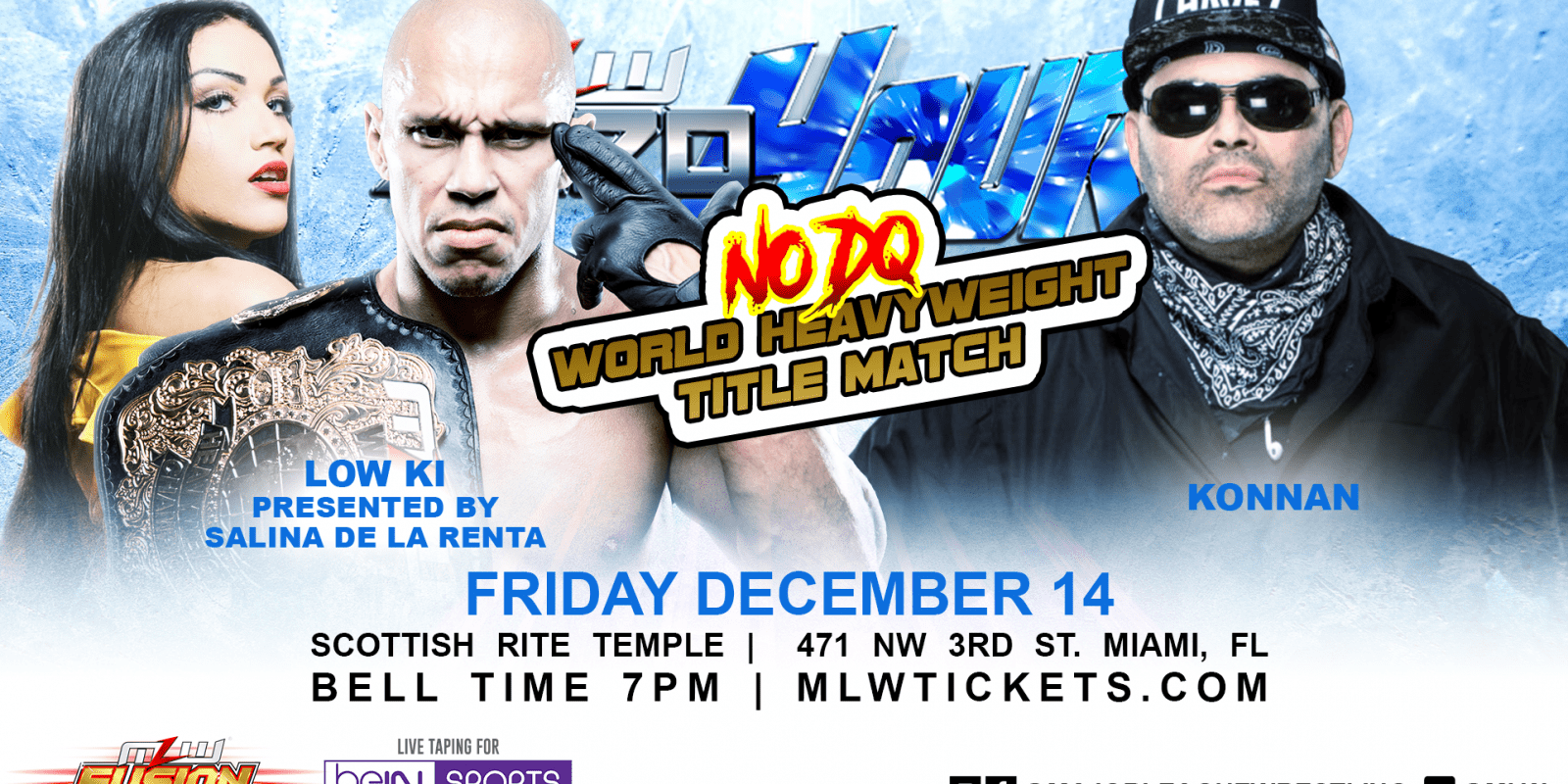 Konnan is returning to action when he battles Low Ki for the Major League Wrestling Heavyweight Championship at MLW’s first ever live show on Bein Sports at the Miami Scottish Rite Temple December 14.
The former WCW wrestler talked to The Roman Show about his retirement tour.

“I would like to wrestle guys like Rey Mysterio, Chris Jericho it would be cool to wrestle those guys again. I would like to do a six man with my boys Pentagon and Fenix and LAX. Rey and Eddie that’s what I wanted to be my final battle. I wish Eddie and Perro Aguayo Jr. were here. I wish all us were all together in a match. But maybe I can get Chris, Rey and Psicosis for that last match,” he said.

He said he actually never made an official announcement about retiring. He hasn’t officially wrestled in a ring since close to ten years.

“I never made an announcement in relation to retirement,” he said. “At that time I was going to get a hip replacement. When I went in there my kidney was failing. Before they could work on my hip they had to take care of my kidney. I got a kidney transplant and I went through a rough patch there. My life was in jeopardy because my body rejected the kidney. There was no way for me to perform because I was on these anti rejection pills like 15 a day. I had all these problems with the surgery so I had to retire. For the last three years, I have been thinking to myself man I know if I get in good shape I can have a retirement tour. I’ve been making good money outside of wrestling. Inside the ring I’ve done pretty much everything I’ve done everything I wanted to do. But I was never able to say goodbye to the industry that I love so much.”

Hear the complete interview now on the latest episode of The Roman Show.