King Mo Ready For War With Kongo; Not Done With Pro Wrestling 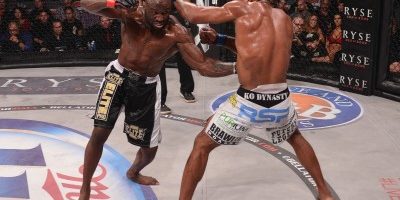 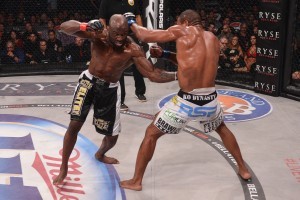 Muhammed “King Mo” Lawal is focused on mixed martial arts solely, but that doesn’t rule out a pro wrestling action from his activity.

King Mo takes on Cheick Kongo on the Bellator 134 fight card live on SPIKE TV at 9 p.m. in a heavyweight bout. Lawal had his taste with TNA Impact Wrestling. His last television appearance was last summer, but don’t rule him out from the squared circle.

“I’ve always been MMA 100-percent,” he said in an interview on The Roman Show. “If they call me I’ll make an appearance. Right now, there is nothing going on in wrestling unless they book me to do something.
He said he learned a lot from his time when training at Ohio Valley Wrestling and added that pro wrestling skills hurts more than mma training.

“I enjoyed my time in OVW,” he said. “My trainer was Trailer Park Thrash or better known as Frank Miller. That was my guy right there him and Al Snow I learned a lot from. There were good people there who helped me out. Training was hard. I took a lot of bumps. Actually it’s more painful than it is MMA.”

He also opened up about ring psychology.

“That’s something you are always learning while you are wrestling,” he said. “People always stay learning you can’t pick it up just like that.”

He also talked about Bill Goldberg, former WWE star, who has been training mixed martial arts at American Top Team.

“He is powerful and athletic,” he said. “I wouldn’t be surprised if you see him do kickboxing or Muay Thai.”

As far as Kongo, he says he is ready for a war.

He voiced his opinion about Kimbo Slice and his crown.