You are here:
FEATURED ARTICLESInterviewsRock 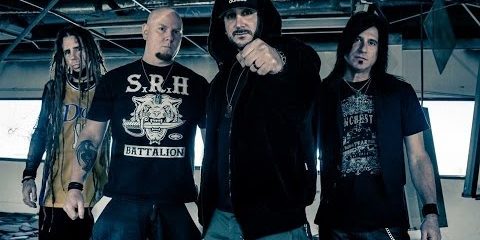 California metal band Killset is set to release their latest album and it is expected to be diverse with familiar faces sharing their vocals.

The new album titled Killing Spree is a follow up to 2017’s S.T.F.U. However, the band has released the latest single, Closure. The Roman Show spoke to the band’s singer Luca on this week’s episode. A released date hasn’t been determined yet.

He shared his thoughts on the meaning behind Closure.

“Everybody in there life goes through something sucky,” he said. “They have to get closure from it. It is the general contest something that happened that could have happened to anyone whether it’s a relationship or business. Whatever it may be and get yourself and all of those emotions past to finally get that closure.”

He said fans can expect a different album.

“It’s a diverse album. We do our things like we have rap anthems this one we have aggressive stuff like closure,” he said. “The fanbase told me after the last album we want you signing more so you have some crazy radio friendly track on this album that are catchy. They are different from what we do but people will react positively from it.”

In this album, Lucas said fans can hear from well-known singers such as Nonpoint’s Elias Soriano.

The Killset singer helped co-produce and co-wrote a song. Lucas said to hear various sounds from this the album from heavy to mellow including more catchy radio friendly songs that promise not to disappoint. He also talked about the rap/metal genre that was hot in the early 2000’s and more. Hear the complete interview available now.