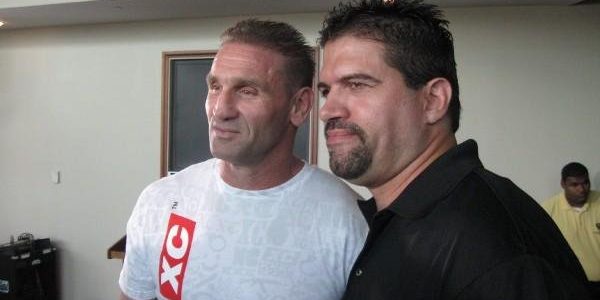 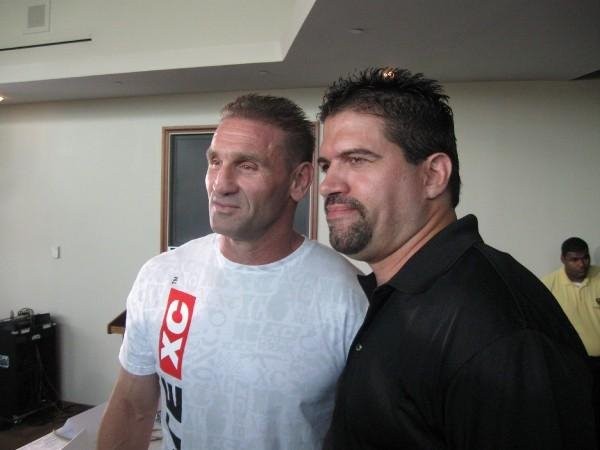 The professional wrestling world was shocked to learn the news of WWE hall of famer Ultimate Warrior’s, real name James Brian Hellwig, passing and one athlete who has competed both inside the squared ring and an octagon recalled meeting the legend.
UFC hall of famer Ken Shamrock joined The Roman Show and recalled his first experience with the Ultimate Warrior.

“Anytime you know of someone who passes away is always a sad feeling,” he said. “You understand that this is stuff that happens in life. You wish the family and friends a little bit of comfort. He is in a better place. Its really the people that are left behind you want to pray for. “
He reminisced his first experience with the Warrior after wrestling at a house show.
“First memory is a funny one,” he said. “I was in Gene Anderson’s organization and WWF came to town they brought me in for three house show,” he said. “I worked two matches with Barry Horowitz and one with Mega Man. The two with Barry were good and the one with Mega Man was a horrible match. I went to the locker room they told me ‘don’t worry about it that guy is as green as you are’.” The Ultimate Warrior had come had his match. He sprinted to the ring, he hit the ropes, beats the guy and sprints all the way through the locker room and immediately sits down. As am talking he passes out. I said wow what happened. One of the Anderson brothers said don’t worry he probably just got gassed. I thought he died. That was the first time I met him. After that he wouldn’t talk much. He was nice to me. I respected him. He was a man of few words. I respected him.

Shamrock also spoke about who he says he helped bring submissions into professional wrestling and change the scene.
“I led the way the submission can work in pro wrestling,” he said. “It has changed.”

He also spoke about the difference between the professional wrestling and mixed martial arts crowd.
“For myself is a lot harder with pro wrestler,” he said. “When I was fighting it was natural I got to go in there and take care of business. Pro wrestling is still real I got more hurt in pro wrestling than I did in mma,” he said.
Shamrock also spoke about mixed martial arts pay, childhood and Wrestlemania experience.
Click below to hear the entire interview…