Justin Gaethje Not Worrid About Critics; Wait Till I Hit 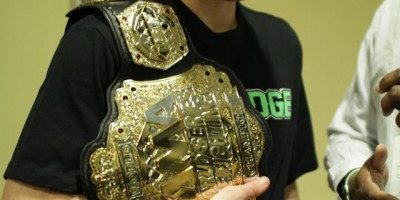 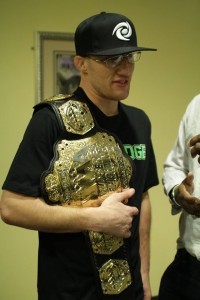 Gaethje fights against Luis Palomino at WSOF 19 fight card where his title will put his belt on the line on March 28.

He is an undefeated fighter and highly ranked in the lightweight division outside of the UFC. Critics have their say, but that doesn’t concern him he said in an exclusive interview with The Roman Show.

“I am aggressive,” he said. “My style looks sloppy especially if people don’t know what they are watching and that’s a lot of people. I hit hard and am able to move forward. The critics are the critics.”

The champion defeated Melvin Guillard in a non-title catch weight fight. Guillard didn’t end up making weight so it became a non-title fight where Gaethje won by split decision.

“It was a bit disrespectful but in those circumstances I get more money, so I can’t complain,” he said.

He said he is ready for the fight against Palomino who he just started to hear about when he got to the WSOF.

“Luis Palomino is a different Luis Palomino than he was three years ago,” he said. “He has fought with major confidence. He comes to brawl. He swings to the fences. I love watching him fighting. He thinks I don’t hit hard but wait till I hit.”

Hear more from the champion and his plan on how to defeat the Peruvian.