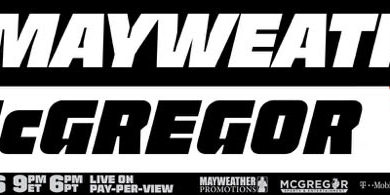 What are the odds that boxer Floyd Mayweather fights in the UFC?

That’s the same question that many asked themselves when the thought of mixed martial artist Conor McGregor jumping in a boxing ring came to fruition.

Many doubted the first encounter; so don’t discount a rematch, but this time in a cage.

Plus, where there is money you can always find Mayweather, hence his nickname, Money. The Money Fight generated $4.3 million pay-per-view buys ranking it second all-time behind the Mayweather vs. Manny Pacquaio bout, $4.6 million from May 2015.

McGregor hasn’t fought since his encounter with the boxing legend. So eventually, the funds will be running out after he’s been seen driving luxurious cars. He’ll need to find a way to recoup and make some more cash.

Critics debated that Mayweather, who announced his retirement from boxing, wanted to go out undefeated. However, taking a loss in mixed martial arts won’t taint his legacy in boxing. Just a friendly reminder, the late legendary boxer Muhammad Ali competed against Japanese professional wrestler Antonio Inoki in 1976. The fight was a draw. Boxing writers and fans considered one of the most embarrassing moments in Ali’s career. But many also consider it the precursor to mixed martial arts. Other boxers like three-weight world champion James Toney competed against Randy Couture in 2010. Toney was submitted in the first round.

Mayweather has already hinted the possibility of jumping in a cage after he posted a social media.

The fact that McGregor and Mayweather fought in a boxing fight should be more than enough evidence that a rematch is more than obvious. Even UFC President Dana White recently stated that if the rematch occurred it would happen inside an octagon. The question is when?