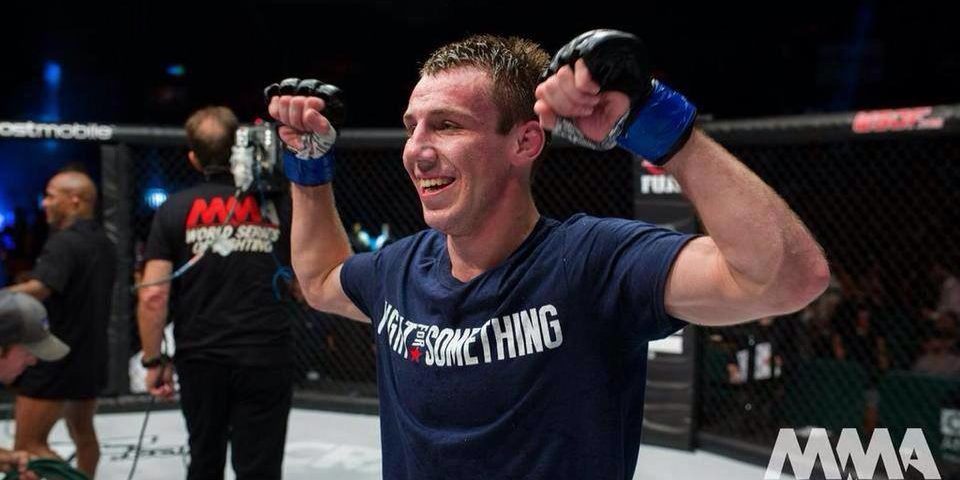 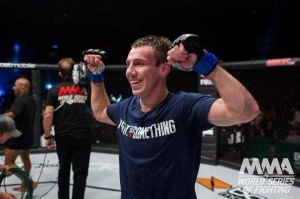 When World Series of Fighting Josh Rettinghouse (10-2) got the call that he was getting a title shot at the inaugural bantamweight strap he didn’t hesitate, while Ozzy Dugulubgov (5-1) says he plans on keeping his composure and search for the “kill shot” against an undefeated opponent at WSOF 09.
Both Rettinghouse and Dugulubgov joined The Roman Show this past week, March 20, to discuss their upcoming bouts March 29 live on NBC Sports Live.
“It was a bit surreal,” he said. “I wasn’t expecting to get a title shot right away. At the same time I answer when opportunity knocks. I didn’t hesitate. I am ready to jump on it.”
Rettinghouse meets Marlon Moraes (12-4-1) for the title in the co-main event of the fight card in Las Vegas, NV.
“He comes from a Muay Thai background,” he said. “He has good kickboxing. But he is well rounded. I have to be ready for everything that’s how I treat everyone. He is s good kickboxing. I centered my training around that but we both are well rounded. I’ve been preparing for anything and everything.“
Rettinghouse also describes how he got started in mixed martial arts and goes in depth in regards to the mma community in Washington state home to several fighters.
Meanwhile, Dugulubgov, who hails form the north Caucasus , will meet Jonathan Nunez (4-0) on the first televised fight.
“Every fight you feel different. For me I believe every fight you feel more comfortable,” he said. “You know what to expect and what to be aware of. You learn something more. “
Dugulubgov makes his third appearance for the World Series of Fighting and says he is satisfied with the company.
“I feel great,” he said. “I love this organization. They treat their fighters well. You can tell it’s only the ninth show and they are doing great things. “
He says on a personal level he hasn’t done much research on his opponent and leaves it to his coaches. But he is confident in himself and plans on to walk in the cage cool and collective.
“I don’t focus on my opponents when I train,” he said. ‘I keep zero emotions. I have a goal and that’s it. I know he is a wrestler and he is undefeated and ill go do my best.”

Hear both interviews below!