You are here:
FEATURED ARTICLESMMAUncategorized 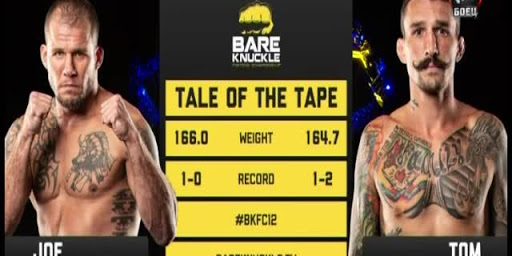 Elmore put on a highlight reel when he battled Tom Shoaff at last month’s Bareknuckle Fighting event in Florida.

The Roman Show spoke to Elmore who says a fight with Garcia would be on for the ages.

“I have an opponent in mind and I want the 165 pound title,” he said. “There are two fighters who deserves it.”

Furthermore, he said, “I am after Leonard Garcia. That would be a damn good fight. He is a brawler that would be the fight of the night or knockout of he night.”

Currently, there are isn’t a 165 pound championship in Bareknuckle FC.

Ready for a fight

“It looked like a lot of damage on my face, I was opened like Nate Diaz. I have thick bones,” he said.

He added, “I knew that was the fight I had to have. No brain damage.”

With over 20 mma fights, Elmore has transitioned to Bareknuckle fighting and is complacent.

“You always watch fighters or people that fight. Some people learn how to fight or some people were born fighters and learned how to tune it.”

He competed for several mma promotions including Legacy FC, XFC and Bellator.

In addition, he said, “I always made friends fighting, instructors are fighting, I’ve never knocked down.”

Elmore is a great spirits after the fight and took time off.

However, he said if the right opportunity comes his way, he won’t put it to shame and will accept.

This week, we also cover a mixed martial arts knockout for the ages and more.