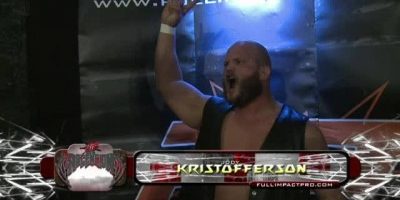 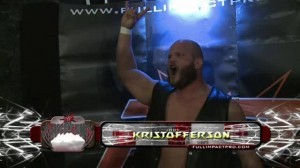 Like to win FREE tickets to the Miami Dade County Youth Fair.

Former WWE developmental talent Jody Kristofferson, who wrestled under the name Garrett Dylan, believes Bill DeMott shouldn’t have stepped down as WWE trainer.
DeMott resigned as head coach of WWE’s Performance Center. He made the move after allegations from several former WWE wrestlers claiming he abused and harassed talent that included racist and homophobic slurs. Kristofferson was part of NXT from 2012-13.

In an exclusive interview, Kristofferson voiced his opinion. Kristofferson will compete in the upcoming King of Indies, which will air live on www.wwnlive.com March 27-28.

“I’ve been getting a lot of questions about this,” he said. “There are a lot of mixed feelings. He could be a hard ass. He was a hard trainer, but he was getting paid to be a hard trainer. Its like when you go to the military they are not training you to be your friend they are training you to go to war. Was bill rough at times? Yea. But I learned form Bill. There were times were we butted heads. But he made me a better wrestler.”

He said he was an old school type of trainer.

He later added, “I don’t believe he deserved to get fired or I know he didn’t get fired he stepped down. He was good at what he did.

He also added that he is grateful for the way his career has turned out to be.
“That was my dream to work for the WWE,” he said. “It hurt when I was let go. But I was glad it happened cause I travel all over the world and show what I can do. I still have a lot of growing physically and mentally. I think when I get signed up ill be at that level again.”

“I am still in contact with those guys,” he said. Bray Wyatt told me hey everyone gets let go and rehired and he told me don’t give up you’ll be back here.”