Jessica Aguilar Set For Battle After Coming Off and Injury 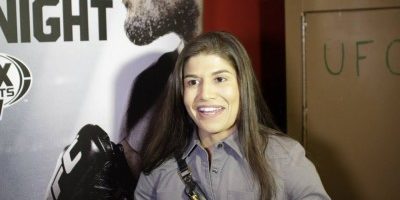 Veteran mixed marital artist Jessica Aguilar (19-5) isn’t thinking retirement anytime soon as she gets ready to return to the octagon after suffering an injury.

The Mexican-American made her professional debut in 2006 in Hollywood, Fl against Lisa Ellis. Aguilar joined The Roman Show and says she feels like there’s a lot of gas left in her tank.

The American Top Team fighter is a former World Series of Fighting champion. She is coming off an ACL injury she sustained, while training for a fight. Her last fight was a loss against Claudia Gadelha in 2015.

“This has been the longest time I have been off,” she said. “I’ve been occupied with other things. I opened up my own business and I’ve been rehabilitation. I’ve been busy. It’s the longest I’ve gone without fighting. It’s a new experience. I am happy to be back.”

She expects a competitive fight against Casey.

“She’s a tough girl,” she said. “It’s a great fight to come back after two years. She is always up for fighting.”

Hear more from Aguilar, who talks about her business venture, women’s mma evolution and more.