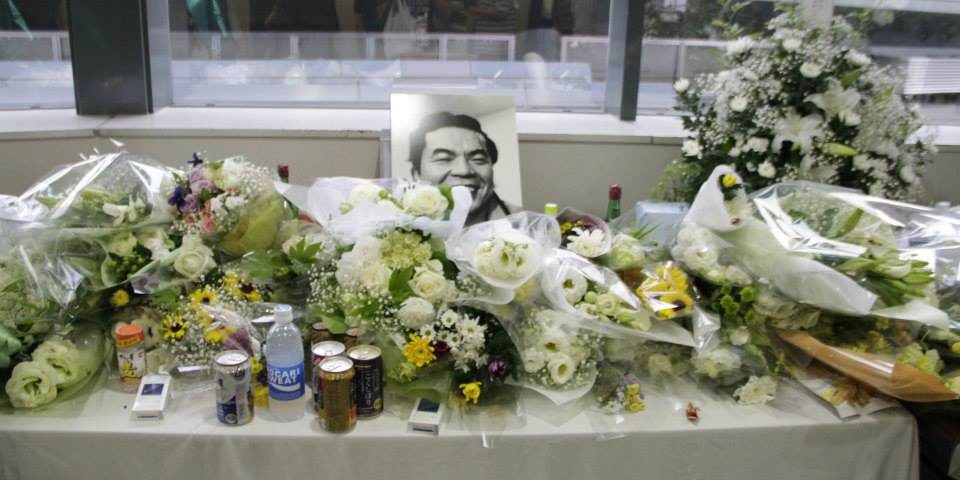 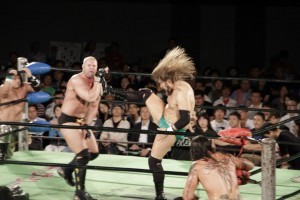 It has been nine years since Japanese witnessed a major tragedy in Hiroshima.

Teaming up with Go Shizaki, Mitsuharu Misawa lost consciousness after taking a belly to back suplex from Akitoshi Saito in a title match at Hiroshima Green Arena. He was taken to the hospital where he was pronounced dead. Reports stated he died of cardic arrest.

Misawa might not be on earth, but his spirit lives as NOAH pro wrestling fans remembered the late wrestler at the Hiroshima Green Small Arena at the annual Mitsuharu Misawa Memorial in Hiroshima. See pictures.

Wrestler’s from the United States like Chris Hero, Shelton Benjamin, who looked up to him, and Saito shed tears as the ten bell salute took place. His boots dipped in silver stood in the middle of the ring as fans clapped to his theme, while throwing silly string to the ring to pay homage to the late, to some, Japanese hero. There were tears of joy as fans stood on their feet chanting his name.

Misawa was an eight time world champion in Japanese promotions having won the Triple Crown Heavyweight Championship and he formed Pro Wrestling Noah in 2000. He traveled to the United States and tagged with KENTA, currently Hideo Itami of NXT, in Ring of Honor. 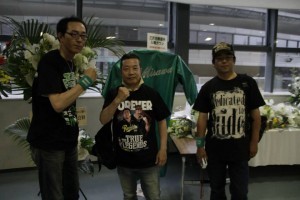 Tsuiki Takeshi was remembered Misawa as a strong competitor.

“He always won the fights and he was the most powerful fighter,” he said.

Inside the arena, fans left flowers, soda and his favorite snacks to pay homage to the late professional wrestling who many coined him tsuyoi, which translates to strong in Japanese.

Unlike American wrestling, Japanese treat wrestling like a sport instead of sports entertainment. The crowd for the most part remain silent, during the matches, until an over the top move takes place, where fans clap for appreciation. For the most part, wrestlers show respect for performing as they shake hands in the center of the ring on one knee, after a match.