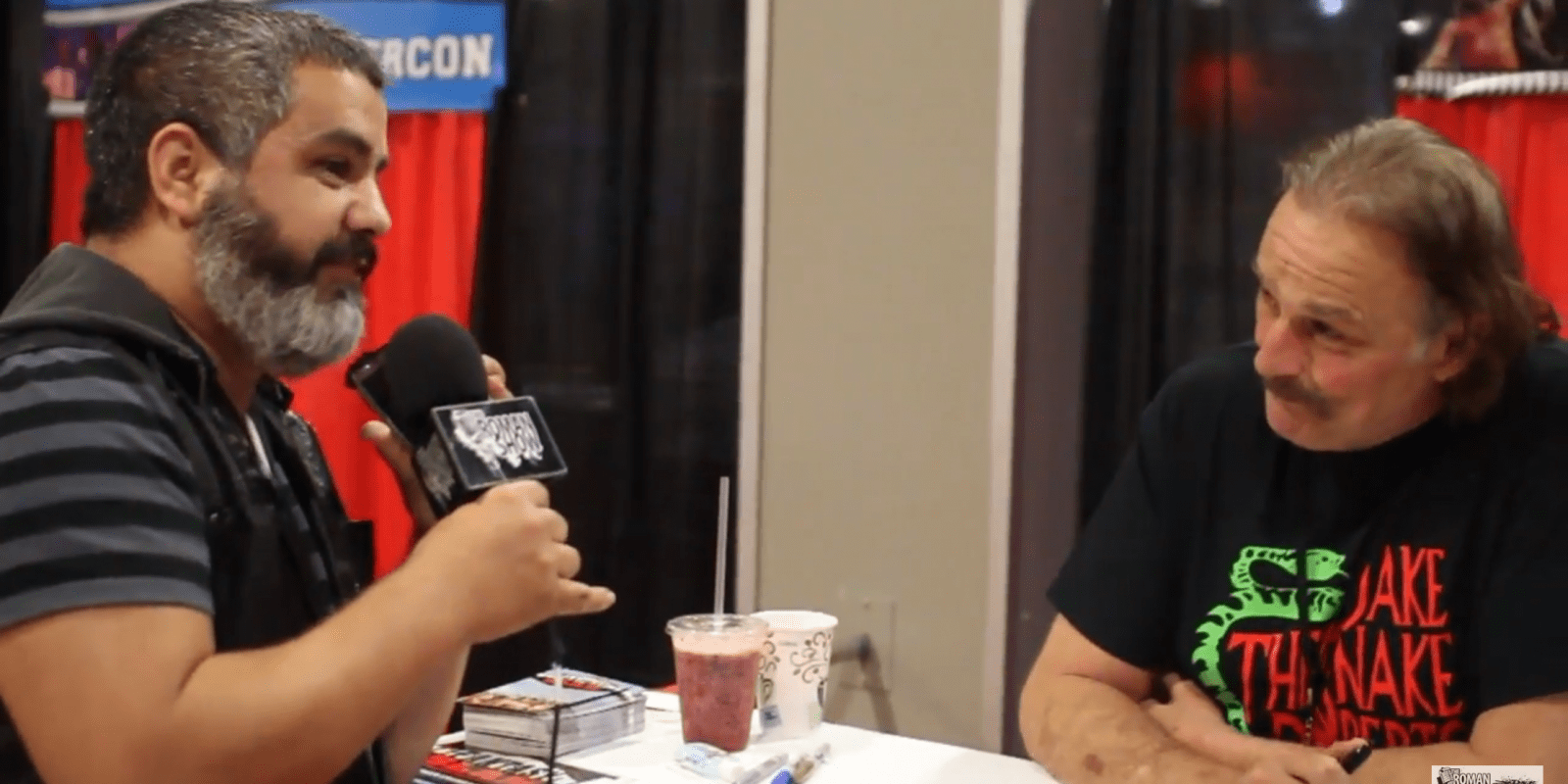 Pro wrestler Jake The Snake Roberts joined The Roman Show and Wrestle City Radio to talk about how fans are reacting to Roman Reigns, his documentary and more.

Roberts said advised Reigns to enjoy the heel heat, since he has a history on leaning to the other side.

“Enjoy it,” he said. “Why in God’s name would you try to change what the masses want? Let them hate just pay me while you are doing it.”

He later added, “Pull hair eye gauge do what you have to do.”
The former intercontinental champion also talked about Diamond Dallas Page’s induction to the Hall of Fame and his documentary, The Resurrection of Jake the Snake, streaming on Netflix. He talked about sharing his story.

“It sucked,” he said. “The good thing from what I’ve been told this is the second best resurrection.”

He also talked about a potential WWE run and more.