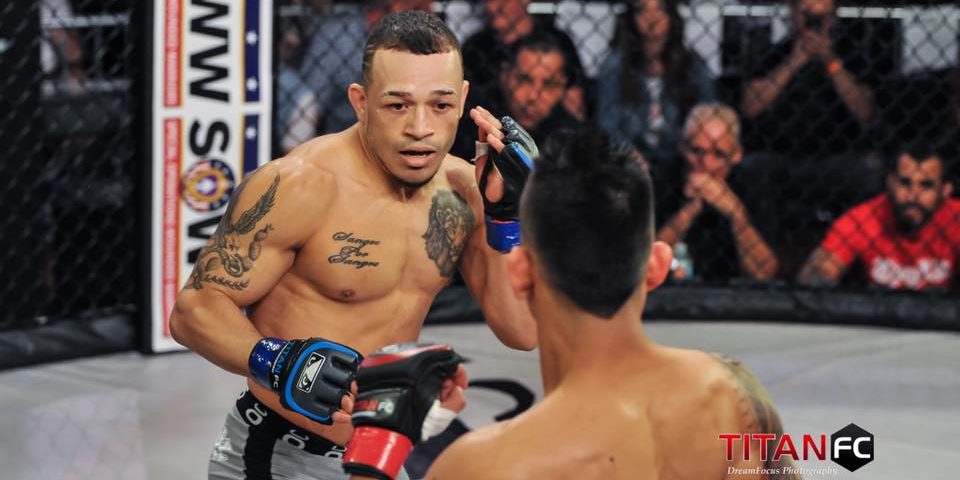 After a devastating injury inside the Titan FC cage, Irwin “The Beast” Rivera (6-4) is back overcoming the obstacles.

Rivera suffered a scary leg injury last year against Edir Terry. He was carried out of the building on a stretcher.

On Friday, he comes back to fight at the same building against striker Lazar Stajodinovic (12-6) part of the Titan FC 53 fight cards, which will take place at the Xtreme Action Park in Fort Lauderdale, Fl. The event will air live on UFC Fight Pass starting at 7 p.m. Click here for tickets. He spoke to The Roman Show days before his fight.

“I am grateful to be able to get back in there and do what I love. It was a hell of an experience,” he said. “It was an eye opener. I understand why it happened. I am all healed up. I went through it all surgery free, thank God. The bone was reconstructed and healed. It grew back. I am happy with the recovery.”

Although the injury set him back both mentally and physically, he understands there is a reason behind it.

“We are all in this thing called life together. Sometimes thing happened not necessary to us but for us. Everything that happened in my life if it is negative I turn into a positive and try to find out why it happened. What is the lesson. I realized what it was. I have a very tight circle around me now. When you break your leg you really can’t do nothing especially fighting you realize who your real people are you friends and family are. I am grateful for the people who are in my circle. I don’t want other people around me too much,” he said.

Rivera healed without any surgery and trusted himself that he would recuperate without the use of any medical procedure.

“I know a lot about health and nutrition and natural remedies,” he said. “I took a lot of vitamins, minerals, I ate the right food and exercise daily. The recovery process was incredible. It was one of the hardest things I’ve had to do in my life. I never want anyone to go through what I went through. It was one of my lowest point of my life.”

As for his comeback fight, he anticipates an exciting battle.

“I love to use my hands,” he said. “We are going to stand and band. It’s going to be fireworks but don’t get it twisted. This is mixed martial arts not boxing. It is something I learned in my last fight. We want to use want we want to use but you have to be smart.”