Plenty of Indy Shows to enjoy in Orlando 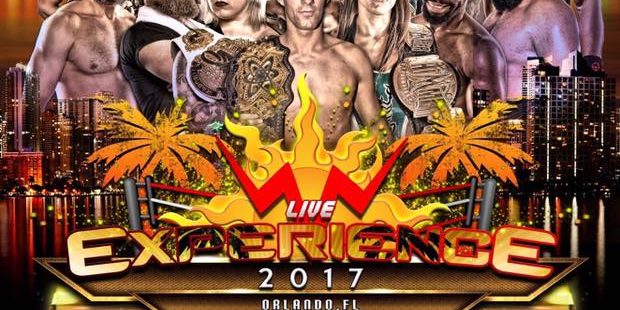 With a plethora of professional wrestling events taking place in Orlando, during the WrestleMania weekend, there several shows that will fans buzzing the next day.

The World Wrestling Network will deliver eye-opening shows, which will be shown at FLOSLAM.com. WWN will host its shows starting March 30 all at the same venue, Orlando Live Events, 6405 S US Highway 17-92, Fern Park, Florida. For details, click here. 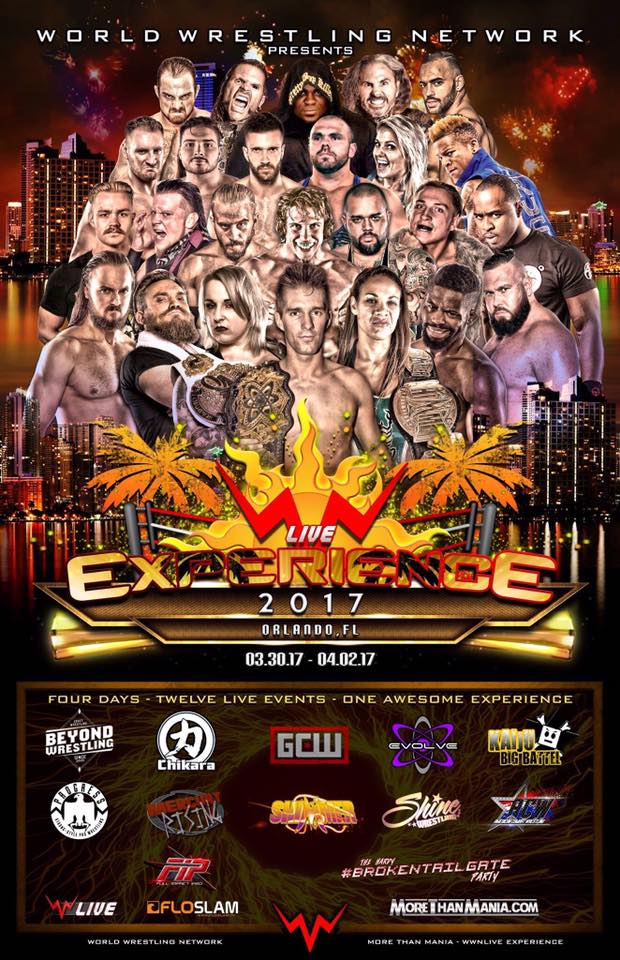 Treasure Coast based promotion IGNITE Wrestling will also host a show at the Team Vision Dojo.

Both were mixed martial artists and competed for the Ultimate Fighting Championships. Severn wrestled for the WWE, while Riddle has been making waves in wrestling after leaving the octagon for the ring.

“We are trying to do something out of the box,” promoter and wrestler Joey Janela said. “Something completely different from every other show in Orlando. As soon as the opportunity came up to have a show at midnight we were like how can we make this work? We tried contacting Ken Shamrock and he was asking for a Bellator payday. I don’t think he is worth what he is asking these days. Then we contacted Low Ki and he said a show at midnight wouldn’t draw. The last person was Dan Severn and he might beat Matt Riddle like his stepson that night.”

Janela, who will be taking on WWE veteran Marty Jannetty, says Severn and Riddle could go the extra mile.
“They are saying back and forth its going to be the real deal,” he said. “Dan Severn is a different person. He thinks he is coming for a fight. He is driving from Michigan. He is an original road warrior. He refused a flight.”

On WrestleMania eve, April 1, Beyond Wrestling will present Caffeine at 11:59 p.m. The promotion will offer a unique experience for fans, says promoter Drew Cordeiro.

“My goal is to provide an authentic Beyond Wresting event,” he said. “One of the things that differentiates Beyond Wrestling that the other organizations in the United States is that we allow the fans to stand during the show and actually go ring side to pound on the mat and support the wrestlers. It’s an intimate setting.”

Also, Treasure Coast based promotion, IGNITE Wrestling will have a show at the Team Vision Dojo, 6923 Narcoossee Rd, Ste 620, at 3 p.m. April 1. For details, click here.

“It’s going to be an insane afternoon of professional wrestling,” she said. “We were lucky to be able to squeeze a show. It has been a dream of mine to do a show during the Wrestlemania weekend. It came together in less than ten days. It’s been action packed. Aaron Epic, Scary Jay will be there, the Ugly Ducklings so many. We are still adding names. It’s a stacked card.”

Hear from Cordeiro, Janela and Artlip talk more about the card on an interview on The Roman Show.