You are here:
FOOTBALLOTHER SPORTS 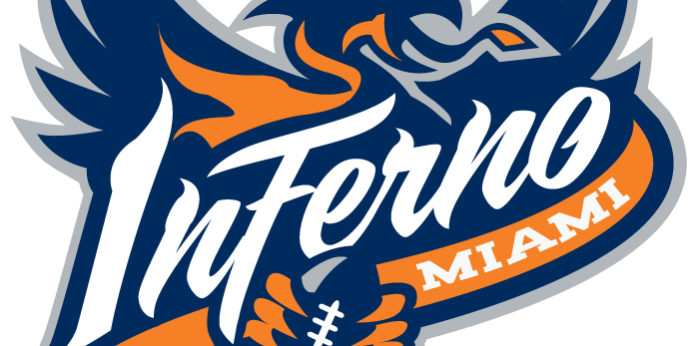 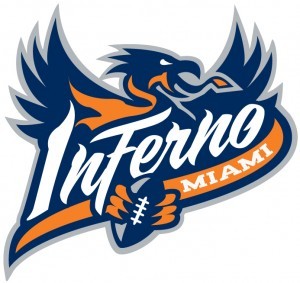 Pete Taylor to Lead Inferno in its Inaugural Season

Coral Gables, FL – Indoor football is coming to Miami. The newest team to join the Ultimate Indoor Football League will be the Miami Inferno. Pete Taylor has signed a contract to lead the Inferno in its inaugural season. Arena football veteran Luther Johnson will be joining the coaching staff as defensive coordinator.
The BankUnited Center in Coral Gables, Florida will be home to South Florida’s new indoor football team. The new team will be called the Miami Inferno and will play all of its home games in the BankUnited Center at the University of Miami. The BankUnited Center is located on the campus of the University of Miami and has hosted numerous memorable and sold out events, beyond the university athletic events since its opening in January 2003.
Pete Taylor, the father of the late Miami Hurricanes and Washington Redskins star player Sean Taylor, joins the team as its Head Coach. Taylor is also the Chief of Police in nearby Florida City. Taylor has been around football for many years where he has helped lead teams at many different levels of football starting with the youth leagues and now looks forward to leading a group of professional athletes. Head Coach Pete Taylor said, “I am excited at the opportunity to bring indoor football to the Miami area. I am looking forward to working with my staff to find the best possible talent we can find from this football rich area in hopes of bringing the UIFL Championship to Miami. Joining Coach Taylor on the sidelines will be former Arena Football League player Luther Johnson IV. Johnson will be the Defensive Coordinator for the Inferno and will have the task of trying to slow down the high octane offenses that the Inferno will have to face. “I feel Coach Johnson will be able to guide the defense and teach the players the ins and outs of indoor football. He will be able pass on the knowledge he has gained from his time playing the game,” said Coach Taylor.
The team will be conducting Player and Dance Team tryouts over the next few months with the first of three player tryouts scheduled for Saturday, February 22nd. The second player tryout will be held on Saturday, March 8th and the third and final player tryout on Saturday, March 22nd. The first player tryout will be held at Florida City Park located at 627 NW 6th Avenue, Florida City, FL 33034. Locations for the second and third Player Tryouts and times for these tryouts will be released within the next 2 weeks. Dance team tryouts will be held on Saturday March 29th. The Dance Team tryouts will begin at 6pm.
The team’s inaugural season will kick off on Sunday, May 25th. The full schedule will be released in the coming weeks. Season tickets start at only $75 and are on sale now. The team also has a wide variety of corporate partnerships available. For more information regarding season tickets, corporate partnerships, or tryouts, visit www.miamiinferno.com or call 305-433-8585.The Miami Inferno are part of the Ultimate Indoor Football League which started in 2010 and has teams in Fort Myers, Florida, Corpus Christi, Texas, and a soon to be announced team in the Midwest.