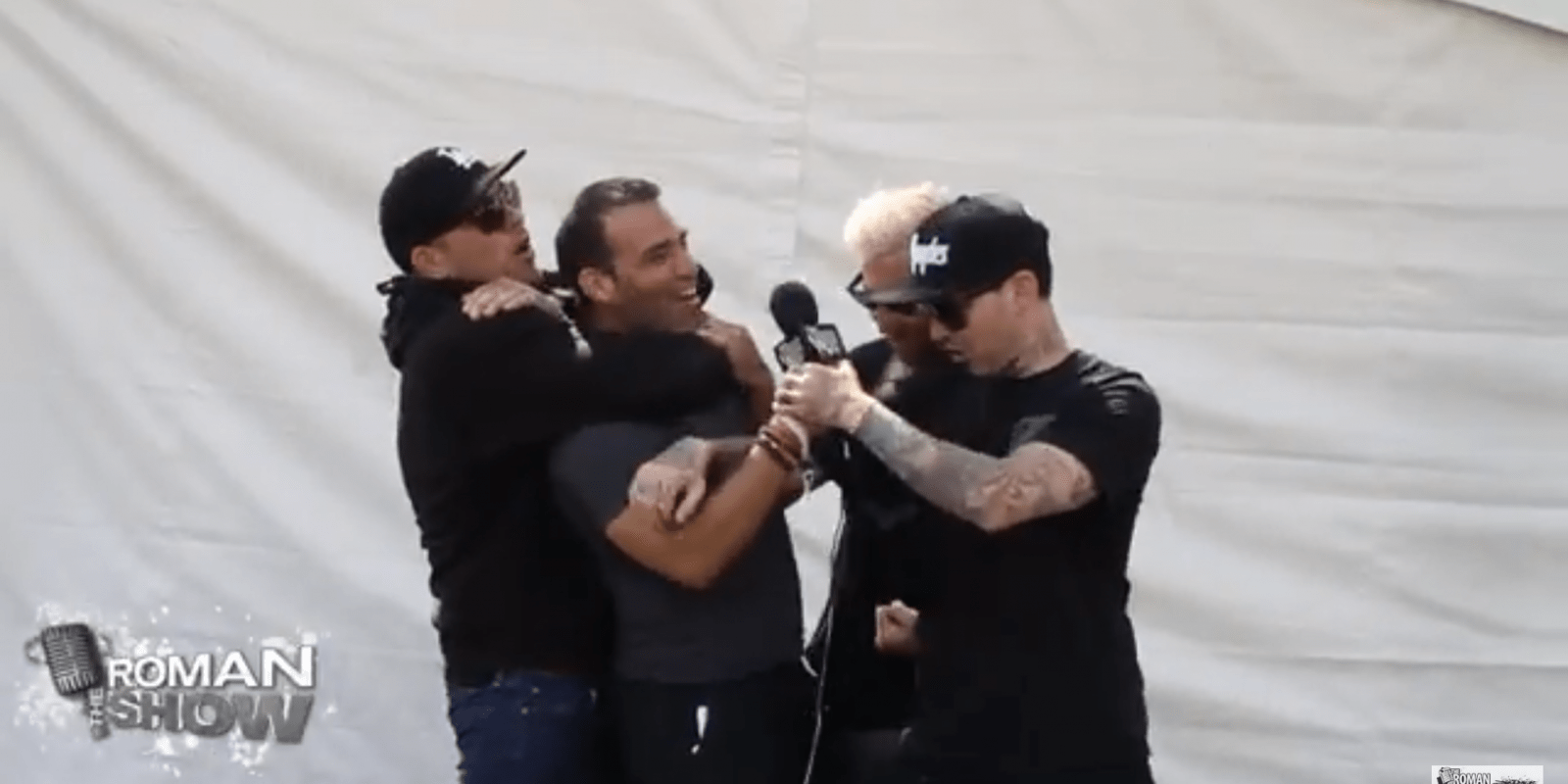 The Roman Show spoke to J-Dog, Danny and Johnny 3 Tears of the group at the Fort Rock Festival.

“We want to start doing that a lot more,” J-Dog said. “Demrick is a good friend of ours and we would like to take hip-hop artists on the road with us cause its always like metal kicking you on the nuts.”

“We like to switch it up,” he said. “Break it up. It will give our listeners a break. You have the hip-hop shit, than Butcher Babies brought that girl shit and then Hollywood Undead, home run you know.”

Butcher Babies, Demrick and Hollywood Undead went on tour late last year in light of the release of their latest album “V”. In their recent album they worked with B-Real of Cypress Hill and Prophets of Rage.

“That was an honor just to work with B-Real,” Danny said. “We all grew up with Cypress Hill. Its goes without saying having B-Real in our songs I should my older brother it has like damn, right on.”

“For us, L.A. natives you know Cypress Hill has been one of those representing the L.A. scene for so long that having him evolved was really cool,” he said.