Hector Lombard injury led to depression, but clothing line has inspired him 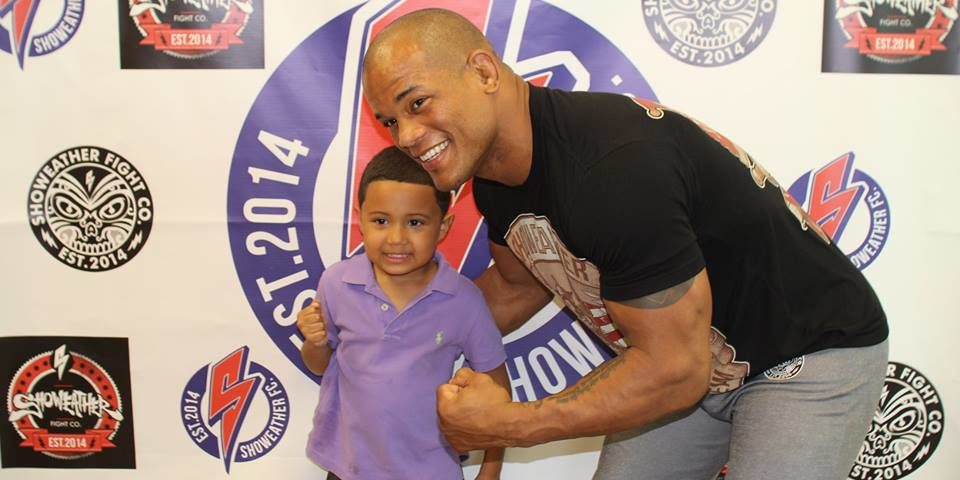 Hector Lombard’s performance against Jake Shields was so impressive and it got his foe the pink slip, but the Cuban born Olympian has been on the side line resting an injury that took a toll.

However, the light is shining bright for Lombard who has now lunched a new clothing ling Showeather featuring jackets, shirts, hats and more for women, men and children.

“The new gear is simple. It represents people,” he said. “It’s a way of life. It’s Showeather.”

Lombard says his clothing line was an inspiration considering that an injury puzzled his life. He suffered a herniated disc
“The best thing to me is getting out of this operation,” he said. “I didn’t want to go under the knife. I didn’t want to over think it. What happened to me is amazing. Ninety-nine people out of a hundred have the operation.”

The injury hit Lombard hard because he had lost stretch on his arm and didn’t feel the same.

“I was so depressed I wanted to kill myself,” he said.

The clothing line has been a way to get himself back on track is he is soon preparing to jump inside the training room to prepare for the next battle.

“The clothing line is inspiring. I can’t wait to get back in there. I am getting to 100 percent. I feel better. I will train this coming week. I want to get Rory MacDonald or whoever wins that fight. I also want to be part of the upcoming Australian fight card.”