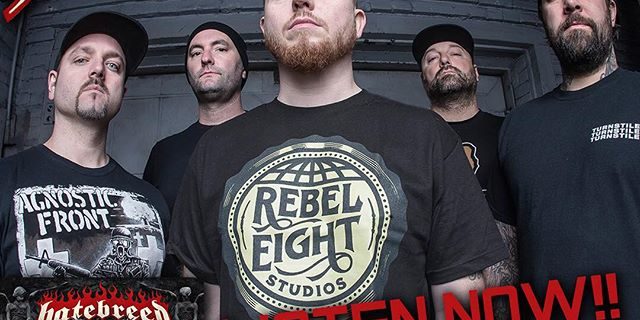 Top Metalcore band Hatebreed have stuck to their roots with their latest album The Concrete Confessional.


The band formed back in 1994, but they have expanded ever since and continue to do so. However, they never forget what got them there.

“Hatebreed has grown from this band from the small basements of America to a band that travels the world and appeals to the metal community or rock community and even the punk community,” he said. “We have a lot of people to make happy when we make a record these days. It’s a good interpretation where Hatebreed is in 2016.”

He went on to say that they have established themselves as a household name in metal.

“As much as Youtube, social media and the Internet will get your band out there, it’s hard for a young band to get established long term unless it is handed to you,” he said. “Unless you don’t have to work for it or your record label has a deal that they are in control of everything. We are blessed we have established ourselves before the record label crashed.”

Looking Down The Barrel of Today

Novinec also talked about the pit atmosphere hardcore level decreasing at a Hatebreed concert and how much it has changed.

“I think there’s a lot of things to take into consideration,” he said. “Our hardcore fans are older now when we go to headline shows people are in their 30’s and 40s.”

He also talked about new songs being played on stage and their set list, which is unpredictable.

“We have been playing “AD” and it’s the reaction is not that crazy,” he said. “It’s a thrasy song. It was the first track released. It was in your Europe. I don’t think they know the song, yet. We opened with that song. Then we play “Looking Down The Barrel of Today” the crowd went crazy.”