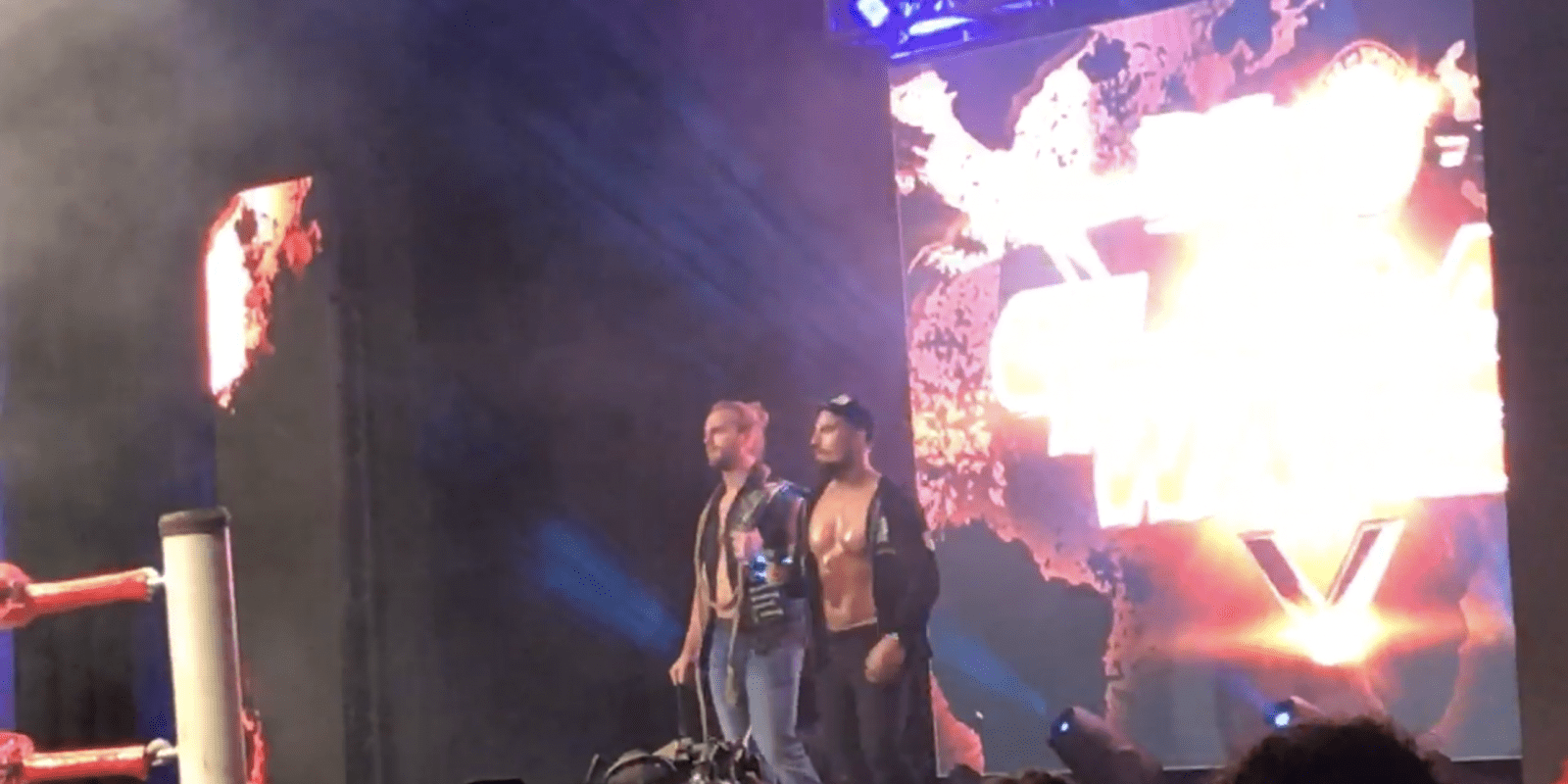 The Roman Show’s contributor James Hand spoke to the Bullet Club member in Columbus, Ohio at a recent Ring of Honor event. When asked how he felt how the WWE is treating former Club Members such as Luke Gallows and Anderson and Finn Balor, he said he is clueless of their booking.

He gave his opinion of WWE’s release of former Ring of Honor wrestler Jimmy Jacobs.

“I don’t care too much about what they do or say,” referred Page to the WWE. “Jimmy is a good friend of mine. He has been for a long time. He had a lot of impact in my career. If I were to see him I’d welcome him with open arms.”

Page is a ROH world six-man tag team champion alongside with The Young Bucks. He also provided details about his training.

“I stared training when I was 15 with a couple of guys. I wrestled at 16 and about 18 I went to Jimmy Valiant’s camp in Virginia that’s been my full education, but all these years of wrestling has been the education.”

Ring of Honor will be at the War Memorial Auditorium in Fort Lauderdale, Fl November 10, 2017. Tickets are on sale.