Generation Iron is More Than Just a Documentary 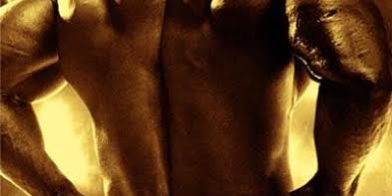 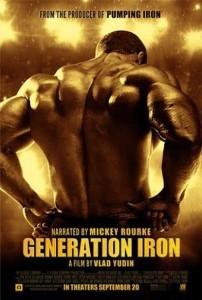 The sport of bodybuilding has been an inspiration in itself motivating people to get off the couch and start getting healthy.

Generation Iron, a documentary, does that and more. The Roman Show caught up with the movie’s producer Edwin Mejia. The movie can now be seen on Netflix.

“Making Generation Iron has been a fascinating ride for us,” he said. “Everyone has been a big fan of Pumping Iron. Everyone loves it. We weren’t trying to make a movie better than Pumping Iron. We wanted to make a movie more in depth to capture these characters who have great charisma. Our director really did a great job. It was amazing to showcase these guys. They have this misconception of steroids. Watching Generation Iron will make you realize that they have more to offer than just lifting weights.”

Pumping Iron, released in the 1970’s, is a famed documentary following the lives of bodybuilding greats like Arnold Schwarzenegger and Lou Ferrigno.

Just like its predecessor, the most selling documentary of 2013, Generation Iron sets a spark to hit the gym.

“It’s a huge motivation for many folks,” he said. “It’s a motivation to get people to stay in shape.”

The documentary follows the lives of Mr. Olympia Phil Heath, Kai Greene and more. It does touch on the subject of steroids in the sport and more.

“We spent a couple of months with these guys to see how they eat and
workout,” he said. “Even if you capture a little of that you apply to your life.
I was impressed how your body changes.”