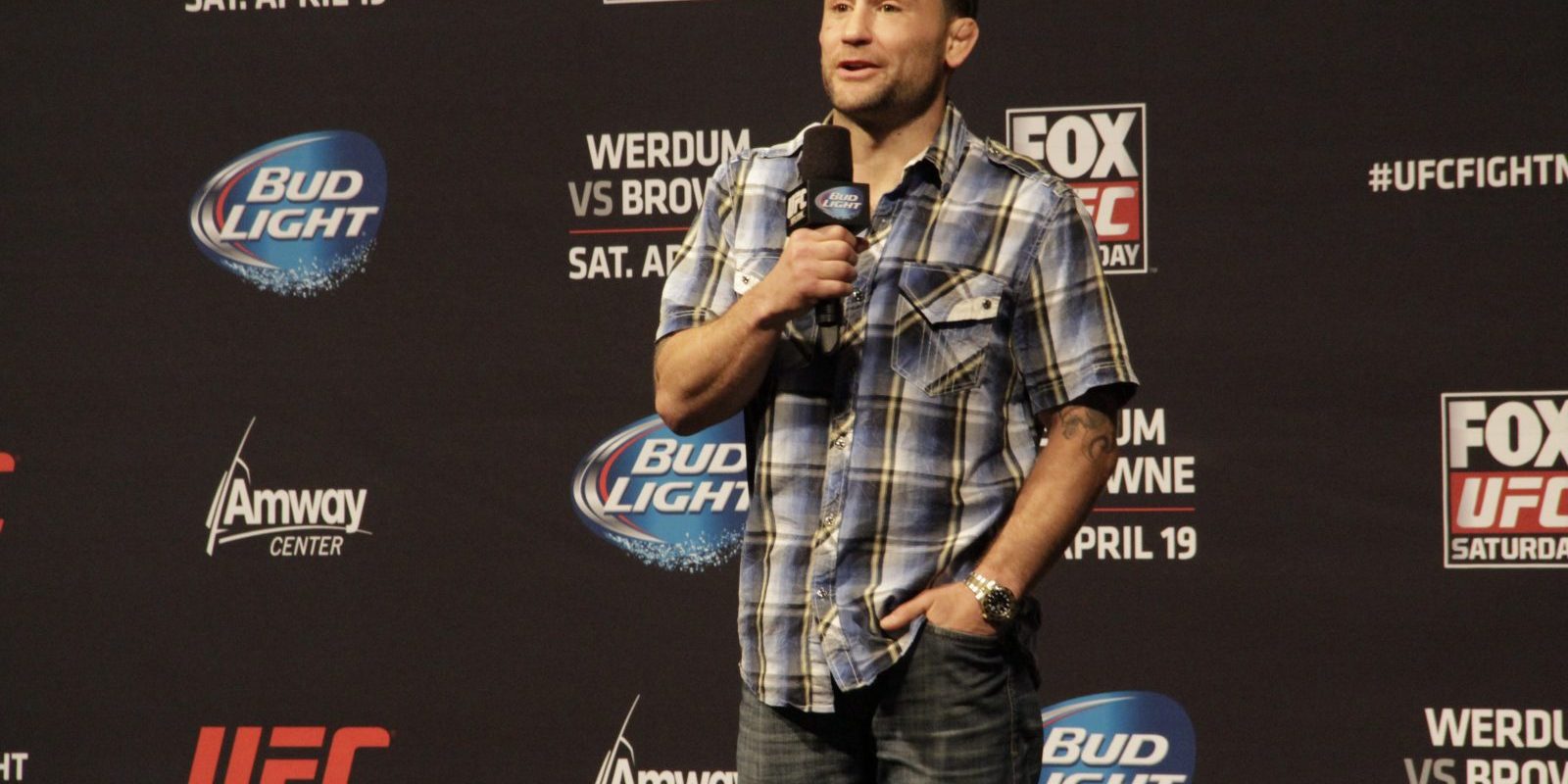 Orlando fans got the experience of a lifetime as former UFC lightweight champion Frankie Edgar spent more than half-and-hour answering questions from the public right before the UFC on Fox weigh-ins at the Amway Center, where the Orlando Magic play.
Edgar, who is currently a coach for the Ultimate Fighter Reality show on Fox Sports 1, discussed several topics from fighting to his favorite music. 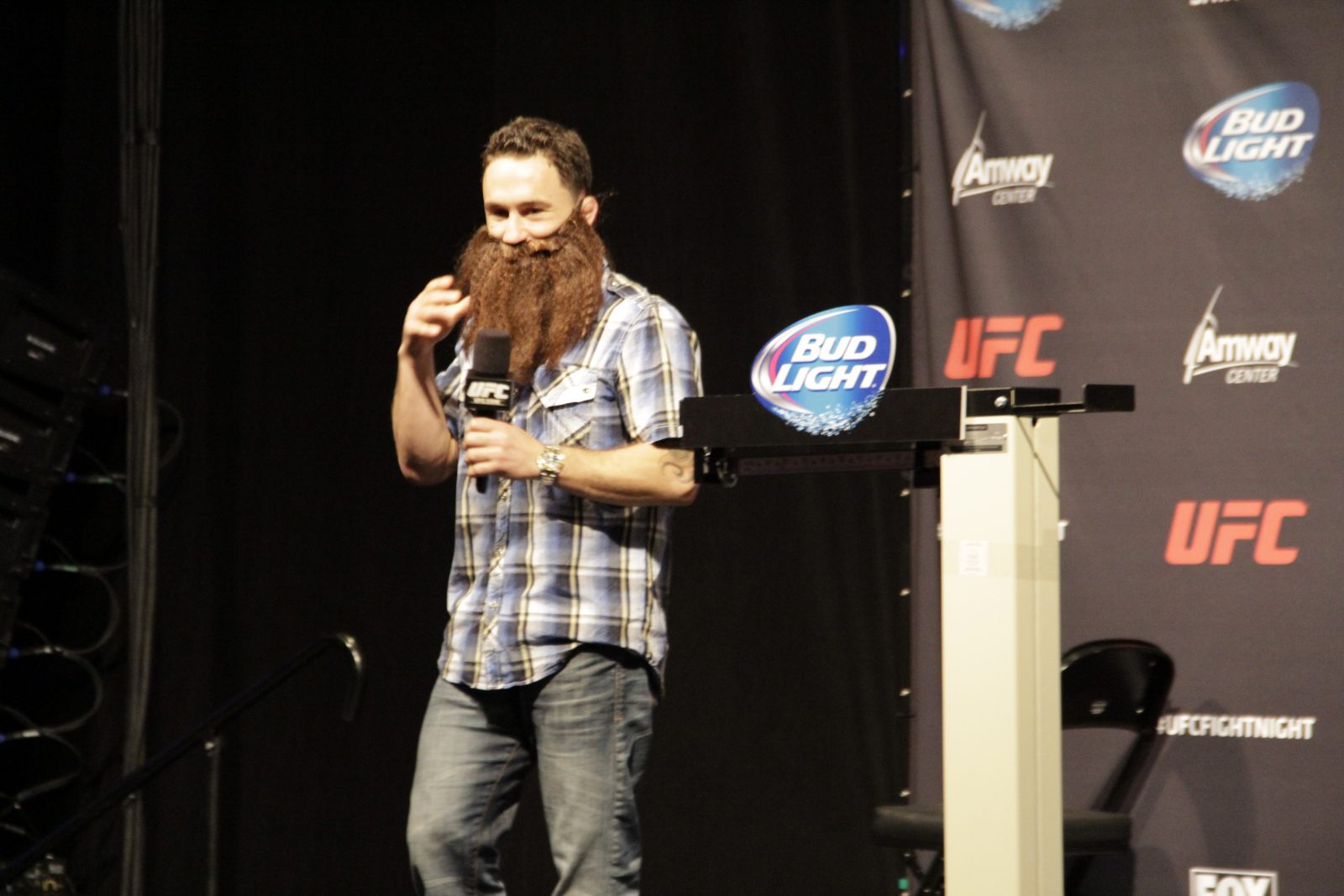 One young fan had a face-to-face confrontation as he sparred with the New Jersey fighter, during his question and answer event. 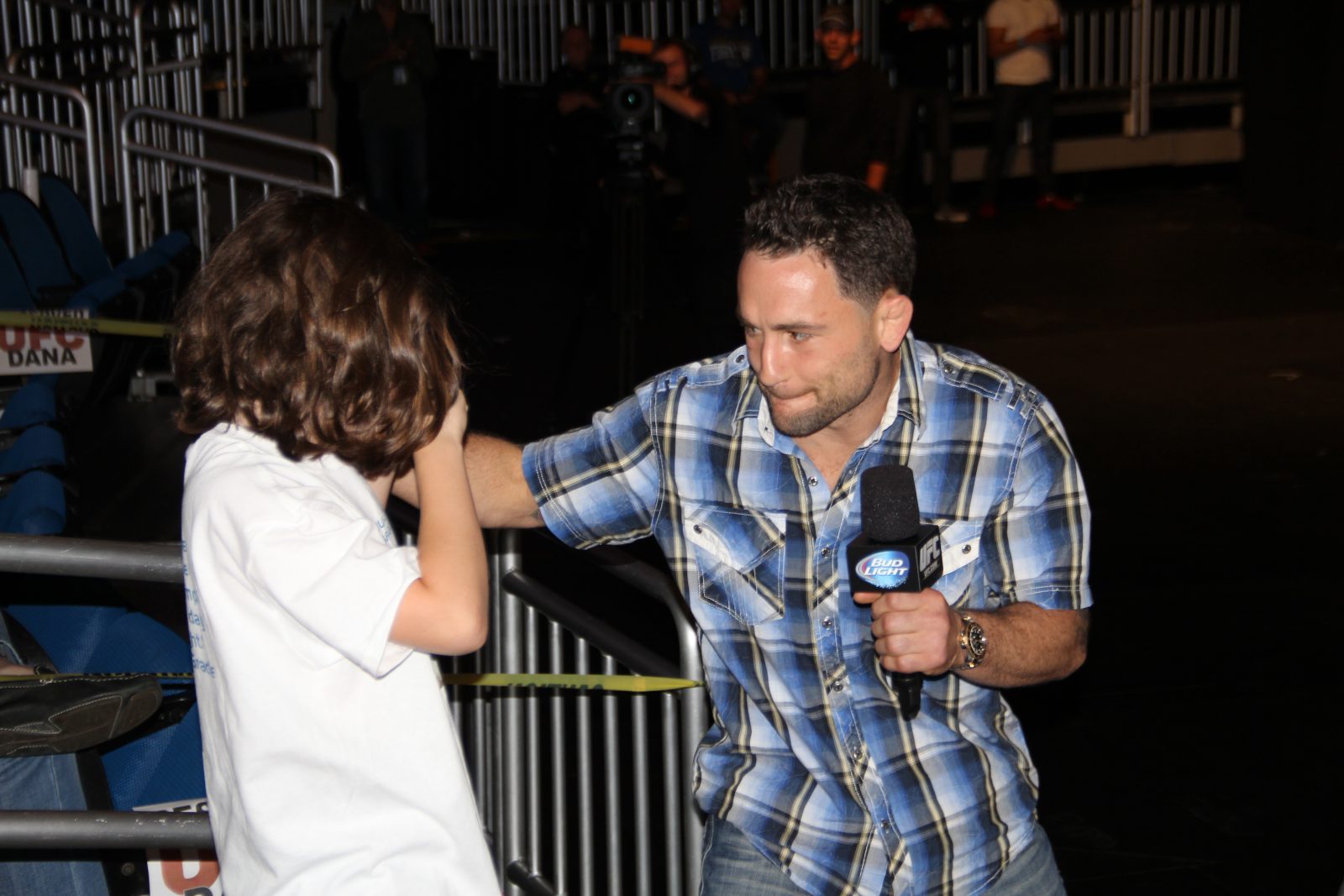 A fan asked how his appearance on MTV’s True Life reality show prepared him for the Ultimate Fighter, where his team is facing B.J. Penn’s team. Both former champions will meet at a later date for a third fight.
“I am confident that I am going to make it a clean sweep,” he referred to his fight.
He also added that his wife is expecting another child making it three for him.
Edgar also talked about the music he comes out to and being a fan of hip-hop.
At one point, a fan asked him if he would grow a beard. He said no, but he tried on a prop beard. 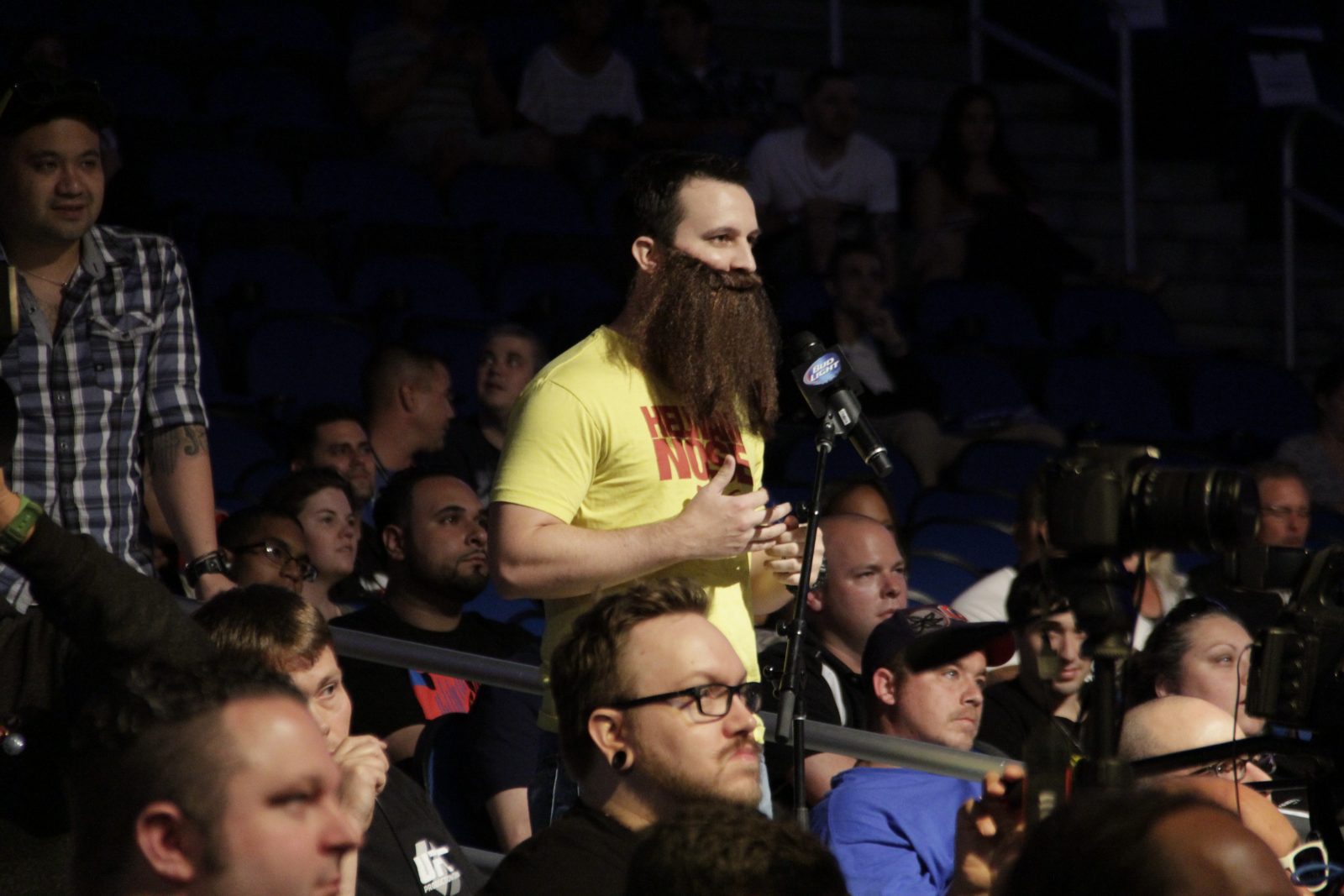 Meanwhile, all fighters featured on the UFC on Fox 11 fight card made weight.
Click here to find a link to some of the pictures.