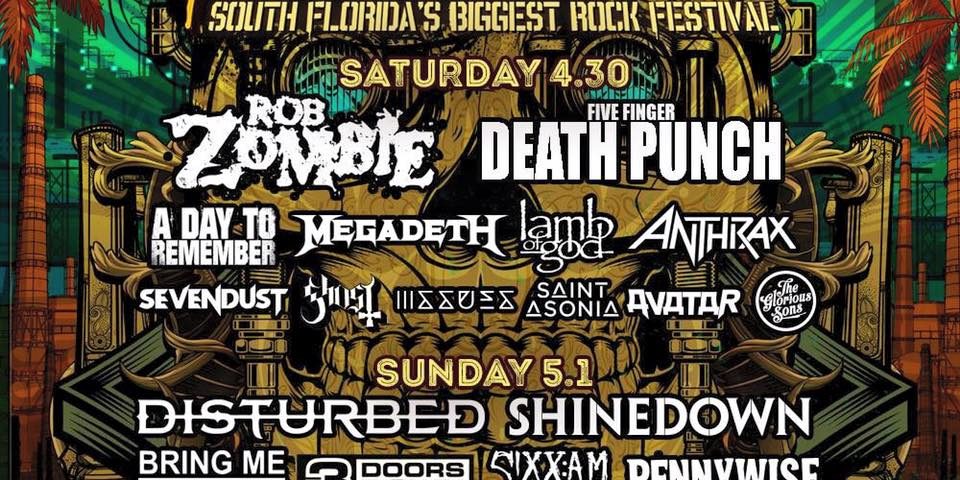 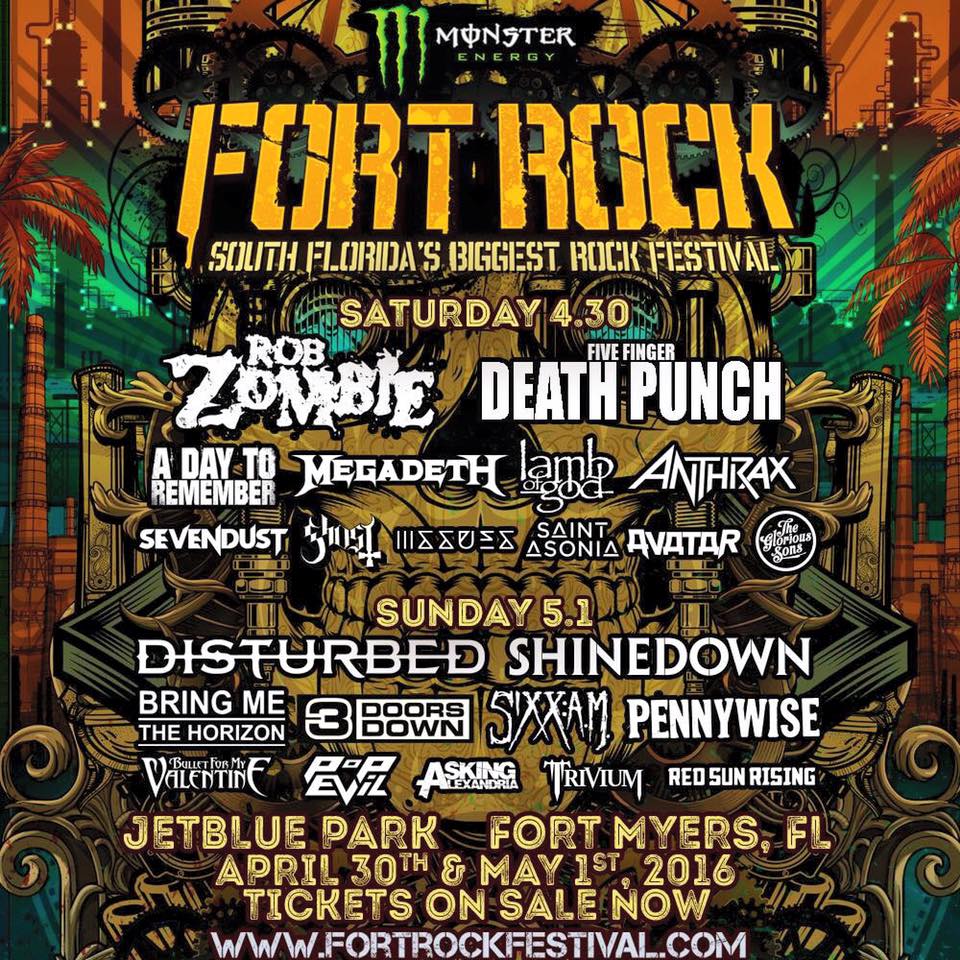 Visit www.FortRockFestival.com for the most current information on the festival.

Brent Smith of Shinedown says, “Fort Myers, Florida, are you ready? Because we are!!! We are so honored to be playing Fort Rock. We look forward to seeing everyone. Rock FOREVER!!!”

Jeremy Spencer of Five Finger Death Punch says, “We’re pumped to once again be part of the World’s Loudest Month and are ready to kick things off properly like we did two years ago at Fort Rock.”

“With three straight years of sellout shows, we are excited to expand Monster Energy Fort Rock to two days,” says Clay Busch, Head of Marketing and Strategic Partnerships for festival producer Danny Wimmer Presents. “We’ve doubled down with the biggest Fort Rock to date. Fort Myers’ hunger for rock continues to grow and our show has expanded to meet that demand. We look forward to bringing this amazing lineup to South Florida in 2016.”

The daily band lineup is as follows:

Early Bird tickets for Monster Energy Fort Rock are available now until Sunday, December 20. For the first time, tickets are also available for purchase via layaway this year.

A limited quantity of Weekend GA tickets will be available for $79.50. Once those are sold out, Early Bird GA Weekend passes will be $89.50 through 11:59 PM on Sunday, December 20.

A limited number of Weekend TeamRock+ VIP Ticket 2-Packs ($499.99) and Early Bird Ticket 4-Packs ($299.00) will also be available for purchase during the Early Bird period.

Ticket prices will increase in the coming weeks, so fans are encouraged to buy early and save.