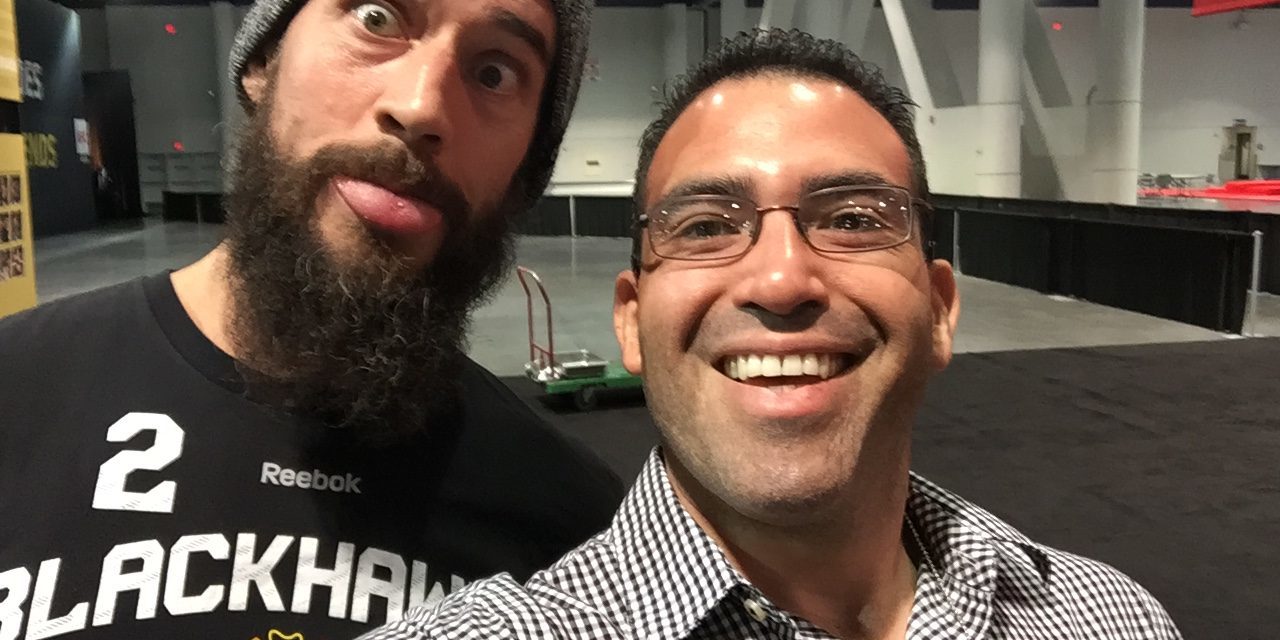 The former lightweight champion has been seen training with CM Punk at Duke Roufus’ camp where both fighters train in Wisconsin.

He plans on being in the arena when CM Punk makes his mixed martial arts debut on the UFC 203 fight card.

“I think people think he is horrible but that’s not the case,” he told The Roman Show. “He came along way.”

As for his fight Saturday, he feels confident, as he is ready to make his featherweight debut.

“I feel motivate,” he said. “I put the work in and am ready to take care of business.“