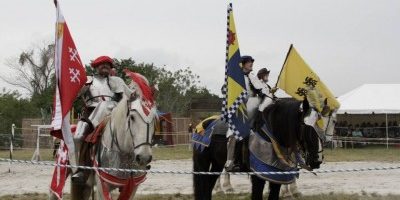 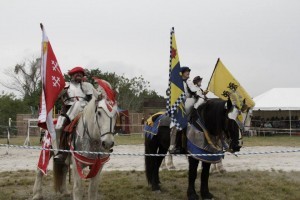 Voyage to the Orient and to another parallel universe of Dragons, Wizards and Thrones, Oh My…

Deerfield Beach, Florida – January 2015 – February 7th 2015 marks the latest fairy tale chapter in the Florida Renaissance Festival storybook revealing six themed weekends until March 15 at Deerfield Beach’s Quiet Waters Park. Where patrons fill storylines as immersive characters experiencing surreal experiences by festival performers and characters.
“Living, breathing theater is what you experience at the Florida Renaissance Festival,” said Bobby Rodriguez, Founder. “Everyday is a new experience, everyday is a passport to a journey complete with fairytale and fantasy.”
New acts in the 2015 festival season- Cast in Bronze will bring the haunting beauty of the carillon to more patrons by demonstrating its versatility with other instruments. The carillons of Cast in Bronze consist of 35 bells each with a total of four tons each.
Cirque du Sewer is the world’s only girl and rat circus performing feats of balance with her impressively trained vermin. The rats jump through flaming hoops, complete obstacle courses, and join Melissa on her slack rope for a death-defying finale.
Fanfavorites also return to the festival – While cracking bullwhips, juggling bowling balls or eating fire “Broon” keeps the laughs alive with a dry wit and an extemporaneous style that keeps audiences on the edge of their seats. Craic is a 4-piece earth moving, themed drama using heavy percussions and medieval bagpipes to create a boisterous musical performance. Splatter Time Players are a group of young men who have dedicated their lives to two things: Mud & Entertainment. Flight of the Raptor features the beauty of flight and is designed to educate,enlighten, and sometimes even amaze audiences with a large cast of predatorbirds including falcons and hawks.
2015 Theme Weekends:
· Swashbucklers & Sirens Weekend– February 7 and 8 – The village is overrun with rogues and scallywags on this Pirate-themed weekend. Can beauty tame the savage scoundrel? Hopefully we will see enough pirate queens and mermaids to find out!

· Time Travelers Weekend– February 14, 15 and 16 – Calling all adventurers from across the millennia! This weekend is for you! Bring our your brassiest Victorian “gears” and join us on “Steampunk Saturday.” On Sunday, no one will keep the Doctors away…be they one of the 12 or Doc Brown himself, the village opens itself up to time travelling pioneers, aliens, Browncoats, Federations and Empires. And don’t miss Cosplay Monday, where anything goes! Anime? Superheroes?

· Wenches Weekend – “Bodacious Bodices” – February 21 and 22 – Pamper your inner bad-girl this weekend, where the ladies are the lords andrule the land. Bold and bawdy, this weekend belongs to the lasses andtheir ample assets.

· Voyage to the Orient– February 28 and March 1 – This weekend brings us to the Far East! While Europe was experiencing the advent of the Renaissance, rich cultural traditions had been prominent for centuries on the other side of the world. Journey with us to discover the Orient ofMarco Polo’s time and experience the sights and sounds of Shogun, Samurai, and the unbroken Ming dynasty that ruled China for almost 300 years.

· Dragons & Wizards and Thrones, Oh My! – March 7 and 8 – One does not simply walk into Mordor, but you can walk directly out of the pages of your favorite books! From the Red Wedding to the Shire, join us as we fill our village with Hobbits, Wizards, Dragons, White Walkers, Fairies and Elves.

· Kilts & Colleens – St Patrick’s Weekend – March 14 and 15 – Celebrate the luck and culture of the Irish, the Scottish and the Celtic traditions of the North Seas! Grab your kilt and get your Celt on! Show your Celtic pride!

The Florida Renaissance Festival at Deerfield Beach’s Quiet Waters Park will be open weekends beginning February 7th from 10 a.m. to sunset (including, Monday February 16th, President’s Day) until March 15th. Prices range from $21.00 for adults and $9 for children ages 6 to 11 years of age. Children 5 and younger are free. Special seasonal passes are available for $65 and group ticket rates are also offered.