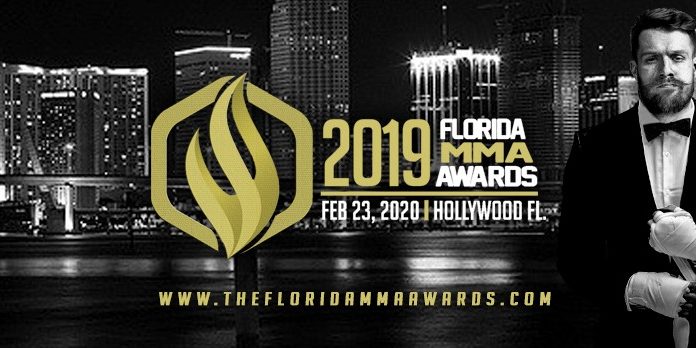 The Florida MMA Awards returns to honor those in the sports community in the sunshine state.

The founder of the Florida MMA Awards Frank Morejon joined The Roman Show to talk about the upcoming awards show, which takes place at the Monahan Hall in Hollywood, Fl. Doors open at 4 p.m. with the show starting at 5 p.m.

“It’s a recognition and celebration of the mma community in Florida,” he said. “There will be food and drinks. It will be a good old time.“

Tickets are on sale. Fans are all welcomed.

“There are great categories like promotion of the year. People are saying can Combat Night pull it off for a second year in a row,” he said. “They have stiff competition.”

He said there are many categories, which are packed with nominees.

“We encourage everyone to go on the website,” he said.

He said those who work hard in the community will be bestowed an appreciation.

“There are people like Danny Sabatello who is the only guy who fought for the Florida promotions,” he said. “He fought five times this year. He finished off 4-1. We do it for people like that who put in the time and recognize them.”

He also added, “We want to make sure this is an experience for the mma fans as well,” he added.