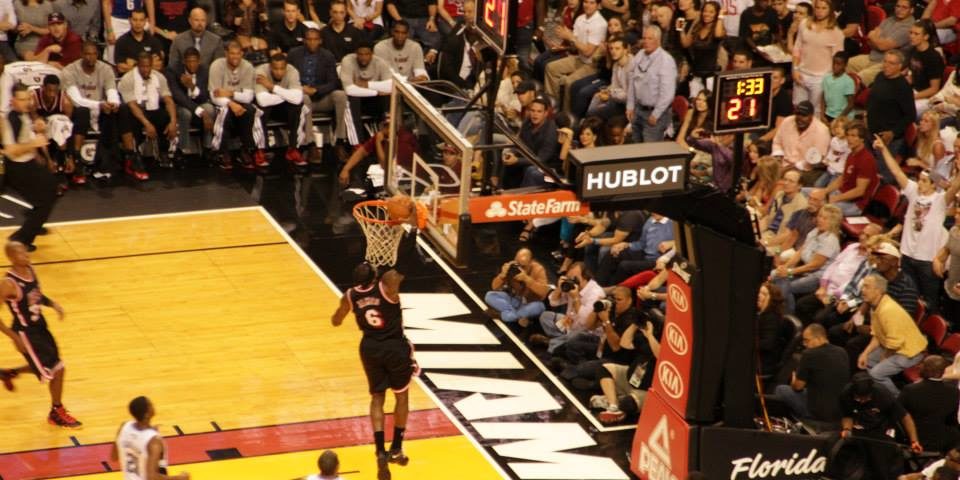 Not only are they laced with all the riches and fame that us normal folk can only dream of, NBA stars rule the roost when it comes to celebrity girlfriends as well. From aspiring actresses to world famous models, NBA players certainly don’t hold back when it comes to the ladies.

In fact, so many players are dating celebrities that it would be more unusual to discover one who isn’t, such is the trend that appears to be set. Before we take a peek at the glitz and glamour of the NBA-girlfriend lifestyle, you can bet on basketball NBA matches ahead of the next round of fixtures.

Stephen Curry’s better half met the Golden States Warrior star when they were still teenagers, and have remained together ever since. The pair married in 2011 and Ayesha is most renowned for hosting her own cooking show. She has also penned cooking books and has her own YouTube channel. Prior to meeting Stephen, she was an actress and starred in shows such as Underground Street Flippers, Dan’s Detour of Life and Love for Sale.

Arguably the most famous female on our list, Kendall Jenner has been dating Philadelphia 76ers star Ben Simmons since 2018. Shooting to fame on Keeping up with the Kardashians in 2007, Kendall is a global sensation who models for the biggest fashion labels in the world. Previously, she was dating Detroit Pistons star Blake Griffin so she certainly has history when it comes to NBA players.

Not to be outdone by her stepsister, Khloe Kardashian is on par with Jenner when it comes to dating NBA players. Khloe was married to former Los Angeles Lakers star Lamar Odom for seven years before they split in 2016. Nowadays, Khloe is dating Tristan Thompson of the Cleveland Cavaliers and the couple have a daughter who was born in 2018. It remains to be seen if Khloe and Tristan will last, owing to reports of his infidelities and cheating. If it doesn’t work out, she has to go for the hat-trick, doesn’t she?

The Desperate Housewives star shot to fame for her role as Gabrielle Solis in the ABC hit, and that drew the attentions of Charlotte Hornets star Tony Parker. The former San Antonio Spurs hotshot married Longoria in 2007 but the marriage was to break down after just three years, owing to Parker’s infidelity. Naughty boy.

The Australian singer, rapper and songwriter is another star who took the plunge with an NBA star, but similar to Longoria, it was to all end in tears. Iggy Azalea’s romance with Nick Young appeared to be the real deal, but the former Denver Nuggets man was filmed by Lakers rookie D’Angelo Russell boasting how he had been cheating on her. During their blossoming romance, they were viewed as Hollywood’s hottest new couple but Young paid an end to that. It wasn’t all doom and gloom for Azalea though, as of 2018, she has been dating rapper Playboi Carti. Let’s just hope he doesn’t make any confessions on video!