FIP’s Caleb Konley’s Dream Is About To Come True 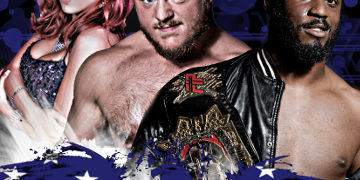 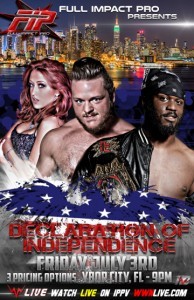 Caleb Konley remembers the time he walked into a Full Impact Pro show and helped set only later to enjoy the event from the seats.

While sitting, he told himself one day he would jump inside the squared circle and wrestle for the world heavyweight championship.

On July 3, his dream could become a reality.

Conley will face Rich Swann for his FIP World Heavyweight title at the FIP Declaration of Independence 2015 iPPV from Ybor City, Fl. Konley will be joined by former TNA star So Cal Val by his side. Konley joined The Roman Show to talk about his match. You can watch it, here.

“Rich is a tough competitor. I’ve wrestled him all over the country actually all over the world…he said. “I think it’s a little too much for him to handle. His mental state is not in the correct state. I am going to take advantage of that.”

Hear Konley on the show, now!

He is confident he is a better wrestler than the champ.

“I am going to out train and out perform him, “ he said.

He also added that although they have battled in the past, every match is completely different.

When asked about rumors of the WWN Live network working with the WWE, he said he wasn’t informed of any concrete information regarding the issue.

“I don’t get on the internet or dirt sheet,” he said. “To be honest no one has said anything to me directly. I wont speculate. I am sure it’ll be great. It’s not a hundred percent. What is a hundred percent is what I give in the ring.“

Also, hear the rest of the Podcast with Jorge Alonso and Rodolfo Roman, who talk UFC 189, McGregor vs Mendes, Japanese Wrestling, UFC Fight Kit, and more.