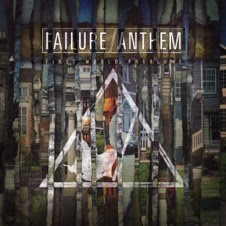 When Failure Anthem guitarist Kile Odell was suggested to find someone to sing lyrics he had composed, he thought of JD Eubanks.

The band began to work and released their single “Paralyzed”, which became a major hit.

Odell joined The Roman Show, while currently on tour.

“We didn’t have anything out yet,” he said. “We wanted to release a song to get people to get use to listening and familiar with the bad. We toured on that a little bit and hyped off that as much as we could.”

Odell said the band wrote more than ten songs, which eventually led to the release of their first album First World Problems in 2015.

“We wrote honestly like 30 songs just to have a batch we can pick and choose from,” he said. “We worked on the record for about a year.”

The composer spoke about several songs including the Ghost (Inside Your Mind).

“I wrote the song based on a industrial batch I came up with and then as far as lyrically we wanted to write a song that was moody and dark,” he said. “We wrote about a person who has screwed over and over, but at the end of it it’s in their conscience and they have to live with it.”

Hear the complete interview including when the band will drop a new album, now.