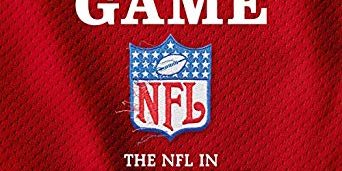 New York political reporter Mark Leibovich wrote his latest book Big Game: The NFL in Dangerous Times in an effort to take a break from Washington.

The Roman Show spoke to Leibovich at the Miami Book Fair to talk about his latest book.

“It started because I am a political reporter for the New York Times. I was burnt out from political. I have been covering it for years and the last election was exhausting. I’ve loved football for years. It looked like football had reached this incredible intense level of popularity profitability, but also precarious,” he said. “There is this threat to the game around head injuries the culture changing. Politics was invading. I though I would take a safari for a few years to jump in with the people who run the game. The result was four years getting to know the owners, commissioners and players, just getting to know a different surface.”

Leibovich managed to speak to the main faces of the National Football League.

“I was surprised how fairly easy it was to talk to them because it is a close society,” he said. “They don’t come out in public much and when (NFL Commissioner) Roger Goodell come out and speaks it is very scripted. It started with the Times magazine article I did on (quarterback) Tom Brady about four years ago. For some reason, he let me in his various houses. Then I did an article on Goddell. This is during the deflate thing. I was like ‘why do they like talking to me? ‘I guess cause they knew I am not a sports writer. On one hand a fan and an anthropologist.”

He later added, “Owners are a funny group. I was unimpressed with these people who run football. I think the great is great and it will survive…”

Watch the entire video interview above.