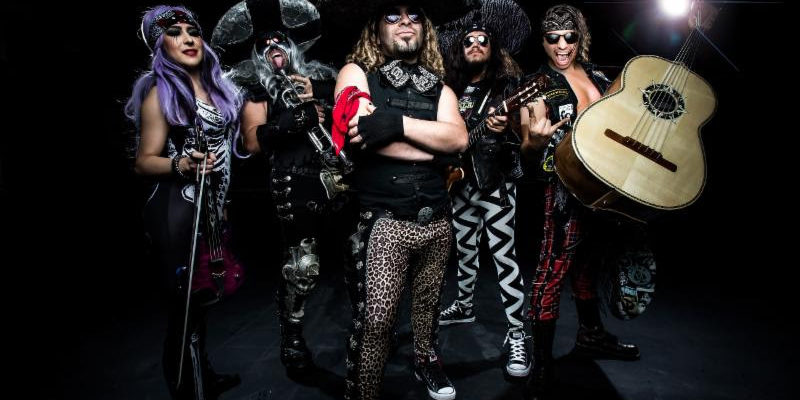 Matalachi trump player El Cucuy says thanks to the skills and talents of the band, they are able to tackle plenty of metal songs mariachi style.

El Cucuy joined The Roman Show to talk about the bands latest record, Tres, which dropped in November. The band has been praised including from the likes of radio personality and former America’s Talent judge Howard Stern.

“That was awesome,” he said. “We met the Howard the Stern and Howard the Mandel. They were cool to us. It was fun to play in front of them and the people. It was cool we played our song and the judges and the audience gave us a standing ovation. It was great.”

“We are trying to figure it out,” he said. “That song was tough to pull off you know. We know a lot of bands have a hard time with that song because there is so much evolvement. Metalachi we were all down for the challenge and people love it. We put out a video out for this song. By coincidence, it came out when the movie came out, but we had planned it out since 2017.”

“The musicians in the band is a top musician,” he said. “They have the chops to do it. If it wasn’t for how skilled these guys are we weren’t able to do it. The hardest song is one by Tool. That song was hard but these guys did it.”

The band will be on tour. Click here for tour details.