All Ego Ethan Page wants to leave a mark in Evolve 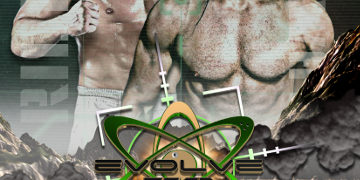 All Ego Ethan Page knows have to leave a long lasting memory and he plans on doing the same when he faces Zach Sabre Jr. at the upcoming Evolve card.

Page will battle Sabre Jr., who was part of the WWE cruiserweight tournament, in a grudge match in New York. To watch Evolve November 12, 2016, click here.

Page joined The Roman Show to talk about his opponent. He feels confident going into the match.

“I am twice the man, I have twice the man’s brain,” he said.
Page recently injured Saber Jr.’s hand. Saber Jr. is known for his submission technique. He said he targeted his hand with a purpose.

“I am attacked his hand cause he loves to put people on submissions,’ he said.
Aside from wrestling for several companies, Page, who believes he should be EVOLVE’s face of the company, also runs wrestling promotion Alpha 1.

“It’s a lot of wok, but when you have the mental capacity you can do it,” he said. “When you have a passion for it and sleepless nights for it you do it.”

Prior to making it in the wrestling business, Page was heavily invested in martial arts earning a black belt in Tae Kwon Do and Karate. In face, he was practicing to be part of team Canada in Tae Kwon Do.

“I accomplished a black belt in Tae Kwon Do at 14, but as a slap to the face to my dad I took to professional wrestling. But I’ve never looked back. The skills I learned the 15 years of my life have helped me in pro wrestling.”