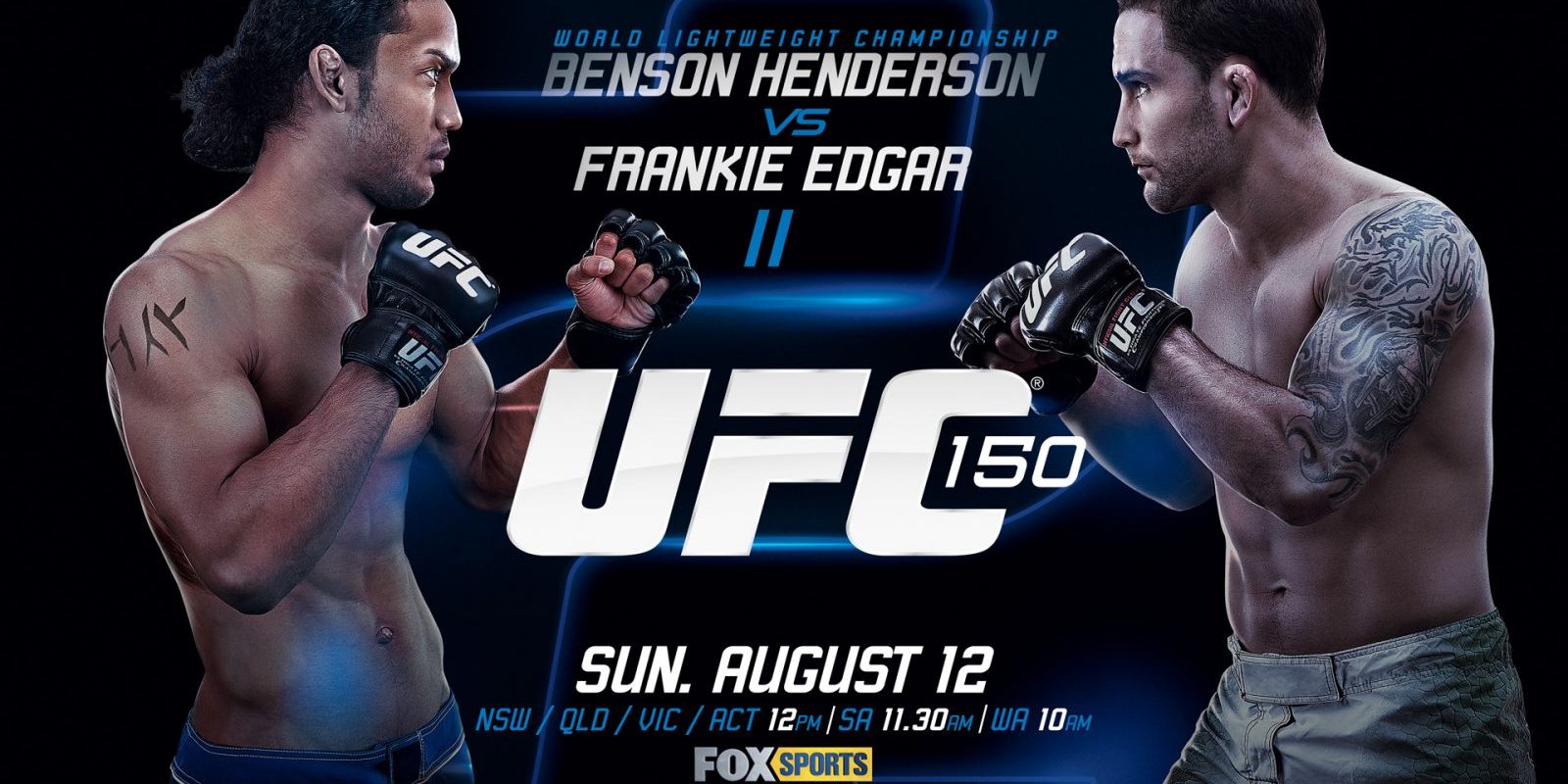 Ultimate Fighting Championship lightweight champion Benson Henderson will make his first title defense against the man he defeated for the gold, Frankie Edgar, at UFC 150: Henderson vs Edgar II at the Pepsi Center in Denver, Colorado next Saturday, August 11.
Aside from the rematch between Henderson and Edgar, the card also features Donald Cerrone vs Melvin Guillard; Jake Shields vs Ed Herman; Yushin Okami vs Buddy Roberts and Justin Lawrence vs Max Holloway in the main card on pay-per-view. The rest of the fight card will air live on FX and streamed on Facebook.com.
In a conference call The Roman Show was invited to, Henderson and Edgar agreed it is essential to bring their A-game to the octagon in a rematch.
“You get to see what you are about,” Edgar said. “It matters who makes the best adjustments. It’s about who shows up.”
Henderson echoed Edgar’s response.
“We have to be on top of our game,” Henderson said.
He added that it’s not about who is the flashiest fighter, but the most disciplined.
“It’s about who got better at their fundamentals,” Henderson said. “It’s not about the flashy tricks. It’s about the fundamentals. I am big on fundamentals.”
Edgar said there is no room for mistakes in a rematch.
“You want to be a better fighter than last time,” he said. “You have to execute.”
Listen to The Roman Show every Tuesday and Wednesday at 9:30 p.m. eastern time at www.blogtalkradio.com/rodolfroman. Follow the action on Twitter @romandh.