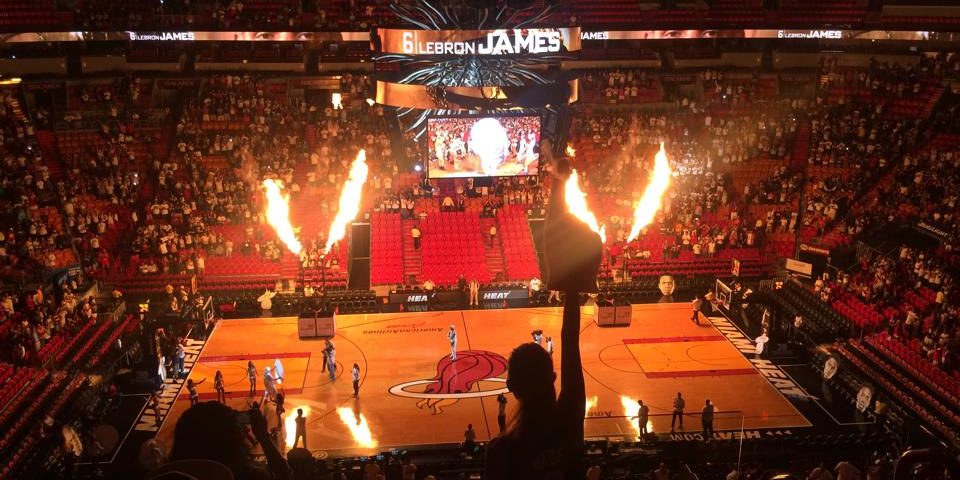 While LeBron James may be unfairly scrutinized, Chris Bosh has been unfairly minimized in his four seasons with the Miami Heat.

The eleven-year power forward-turned-center out of Georgia Tech was once “The Man” on an NBA team, serving as the clear-cut numero uno with the Toronto Raptors prior to teaming up with James and Dwyane Wade in Miami. In his days up north, Bosh was easily a 20/10 threat every night, and he’s still the Raptors’ franchise leader in just about every major statistical category from points to rebounds and even minutes played.

But Bosh no longer cares about being “The Man.” All he cares about now is winning another championship with Miami.

“Maturity-wise, I’ve let (being the No. 1 option) go,” Bosh told USA Today during All Star Weekend festivities in February, which he attended as a participant for the ninth time in his career. “I’m over it. It’s just all about winning at the end of the day. It’s about being in the game. I mean everybody isn’t meant to take the last shot. Everybody isn’t going to be the MVP. It’s only for a very, very small percentage, for a small percentage of guys. I understand that, and I’m just lucky enough to be in this situation I am now, just competing at the highest level in the league. That’s good enough for me.”

Clearly, he didn’t know he’d be the one taking—and making—what might as well have been the last shot in a Finals game less than four months later.

This past season was full of clutch moments for Bosh, and those big-time plays have spilled over into the playoffs. It was Heat head coach Erik Spoelstra’s faith in Bosh’s late game heroics that led him to design the last shot for the big man in Game 5 of the Eastern Conference Finals against the Pacers. When Bosh missed the corner three, conceding the victory to Indiana, James was criticized for “not going up strong” with a high percentage shot. Bosh’s shooting, despite the impressive clip he demonstrated all season long, was minimized.

Even with that game’s outcome, Spo drew up almost the same exact play Sunday night. With the Heat down 93-92, LeBron James looked to attack the basket to deliver Miami the lead. Looking to his right, he found Bosh camped out on the perimeter yet again. By the time Kawhi Leonard rotated over, it was too late: Bosh had hoisted up the trey, knocking it down and putting the Heat up two, consequently taking the air out of the AT&T Center. (No, not literally. The A/C was working just fine.)

The go-ahead three wasn’t the last clutch play Bosh would make in Miami’s Game 2 victory. On the Heat’s final possession, Bosh—not James nor Wade, the usual suspects to handle the ball late in ball games—slashed into the lane, drawing Boris Diaw away from the basket. Rather than taking the contested shot, Bosh made a slick bounce pass to Wade, who then scored on an easy layup off a backdoor cut.

“He absolutely has championship DNA,” Spoelstra said of Bosh after the win. “With us, arguably our most important player and not just because of that shot.”
These days, Chris Bosh is only concerned about one number: the number of wins Miami needs to win their third straight championship.

Right now, that number is three—a number he’s been extremely familiar with when the game is on the line.