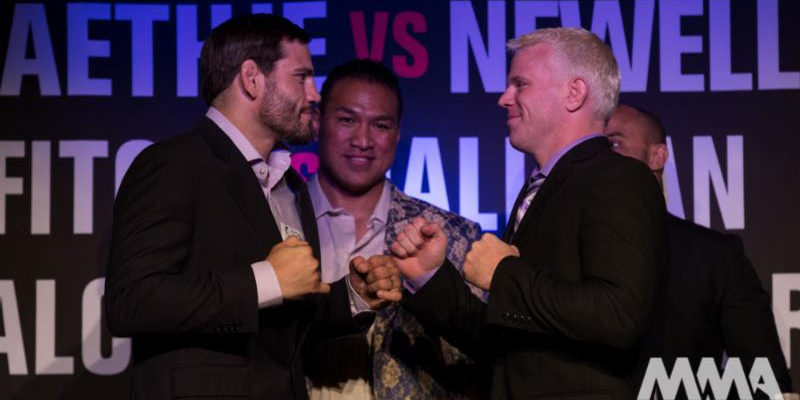 Former UFC fighter Dennis Hallman (53-14-2) was scheduled to compete in a tournament, but his plans changed when the World Series of Fighing gave him a call to face one of mixed martial arts best, Jon Fitch (25-6-1).

In an interview with The Roman Show, Hallman said he is grateful for the opportunity. Both meet July 5 at the World Series of Fighting 11, which will debut on the NBC network at 4 p.m. ET.

“It’s an opportunity to fight someone that’s the best in the world,” he said.

He later added: “I am honored and fortunate to fight a guy of that caliber.”

Hallman has been on a three fight winning streak His last fight was back in December of 2013. Fitch last fought against Marcelo Alfaya back in October.

Hallman became Fitch’s fourth opponent, first he was scheduled to fight champion Rosimar Palhares, followed by Jake Shields and Josh Burkman. But all were unable to compete for different reasons.

He said he is prepared for the battle on NBC.

“I train for everyone,” he said. “I don’t train just for an individual. I might adapt a little bit.”