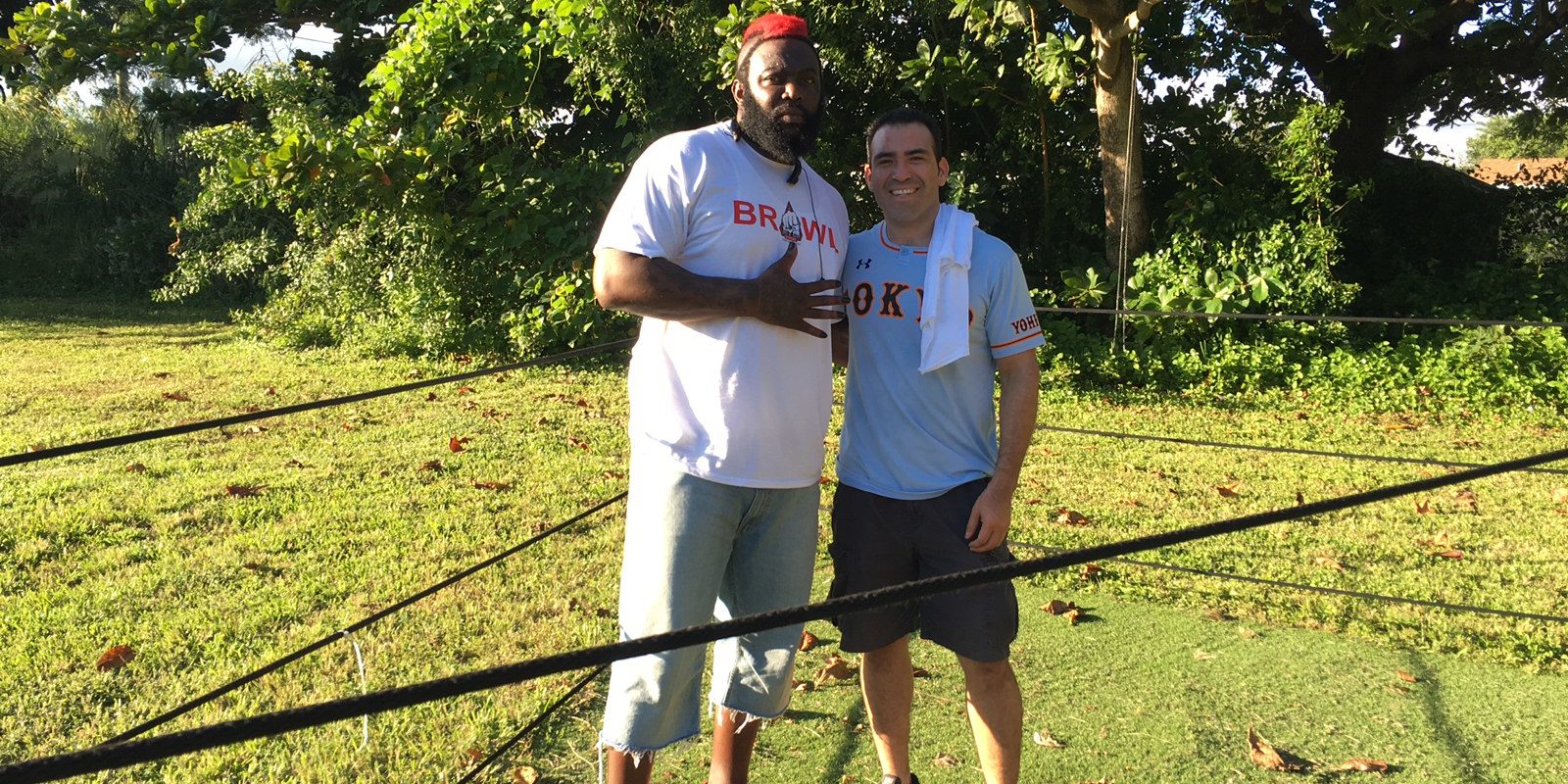 Yet one particular rivalry has been brewing, but never came to light, until now.
The biggest fight residents of the Perrine area in South Florida will finally take place February 6. Former UFC fighter Kimbo Slice and Dhafir Harris, better known as Dada 5000, star of the Netflix hit Dawg Fights will be the co-main event of the Bellator 149 fight card airing on SPIKE.

The Roman Show’s host Rodolfo Roman sat with Dada 5000 in the heart of Perrine to talk about his upcoming fight.

“It’s a long time coming,” he said. “I feel like I got to a status I coudnt be overlooked. I had the number one movie in America.”
He later added, “The people had a demand for it. It’s done.”

Dada 5000 addressed the beef between both.

“It’s like I don t have the means,” he said. “We have a pretty structured team from big tobacco, Nascar to another individuals who are doing well. My job isn’t done. We are right now in the heart of Perrine where individuals get killed every day. Just the other day give or take couple of hours from now youl see it on social media. I can go up the street and I can see Pinecrest where Kimbo slice stays at. He stay in a two bedroom, then he upgraded to a three bedroom then he ended up moving to Franjo, Franjo road before he ended up going up north. Once he started doing better he actually ended up going up north. It’s like leaving is not the point he never came back. He knew get power comes great responsibilities, Spiderman. He had an obligation to fulfill regardless of whether he signed. He is a prominent individuals few who made it from here.”

Watch the video interview, below!

Dada 5000 said if Slice where to visit the neighborhood, no one would care.
“No, he has been out of the loop,” he said. “The people don’t give a damn they can’t miss what they never had.”