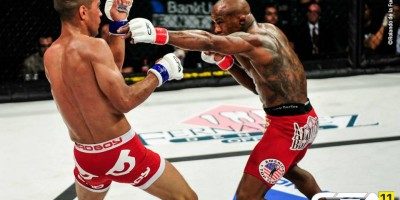 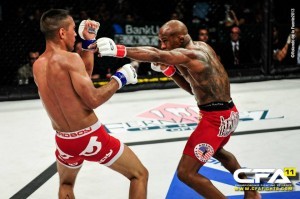 There still fire in Cuban fighter Alexis Vila’s (14-5) heart and he promises a spectacle versus an opponent 22 years younger than him.

Vila will face off against the young Felipe Efrain (7-1) at the Fight Time Promotions at the Magic City Casino, 450 NW 37 avenue, February 6 at 8 p.m. Vila, 43, returns to action since September in the 125 lbs. category. At 43 years-old, he says there are no plans of retiring.

“I am coming out to give it my all,” he said in an exclusive with The Roman Show. “These young guys think it is going to be something easy, but there is a lot of Alexis for a long time.”

The Cuban Olympian signed a three fight contract with the promotion. He said he would like to fight the three fights this year. He has competed for the World Series of Fighting and Bellator.

“This fight is just another one,” he said. “I don’t worry about my opponent. What worries me is that my opponent makes weight.”