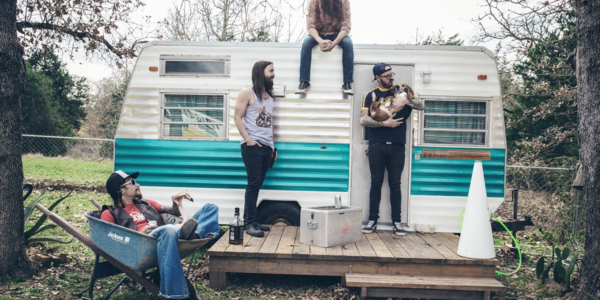 Central Pennsylvania groove rock quartet Crobot is dropping their latest album and fans can expect a great sound thanks to some legendary help.

The band’s front man Brandon Yaegley joined The Roman Show to talk about “Welcome To Fat City”, which drops September 23.
He talked about what inspired the album.

“Our last album was a portrait of where we were at that time the new album is that away,” he said. “I know where my head was at especially the theme of “Welcome to Fat City”. I was reading a lot of Hunter S. Thompson and watching documentaries I found out he once ran for mayor in Aspen and I found out one of the things he proposed to do is to change Aspen to fat city because he thought changing the name would keep the big wigs and cigar smoking out of Aspen. I though that was a clever spin on things.”

Crobot’s new single, Not For Sale.

“It was shocking things to hear that he was going to mix the record. He has done legendary albums, he said. “To have him on board and have the machine boulder connection was really a one two combo. It strengthens the sound.”

Also, hear Yeagley’s take on the new tour and traveling with veteran bands like Sevendust and others. Check out the band on tour, now.

Alexa Kabazie of Letters From The Fire talks joining the Group and new album
September 29, 2016

The Plot In You Hopes To Motivate Fans With New Record
October 20, 2015

Speaking the king’s Carousel based on real life experiences
October 13, 2015