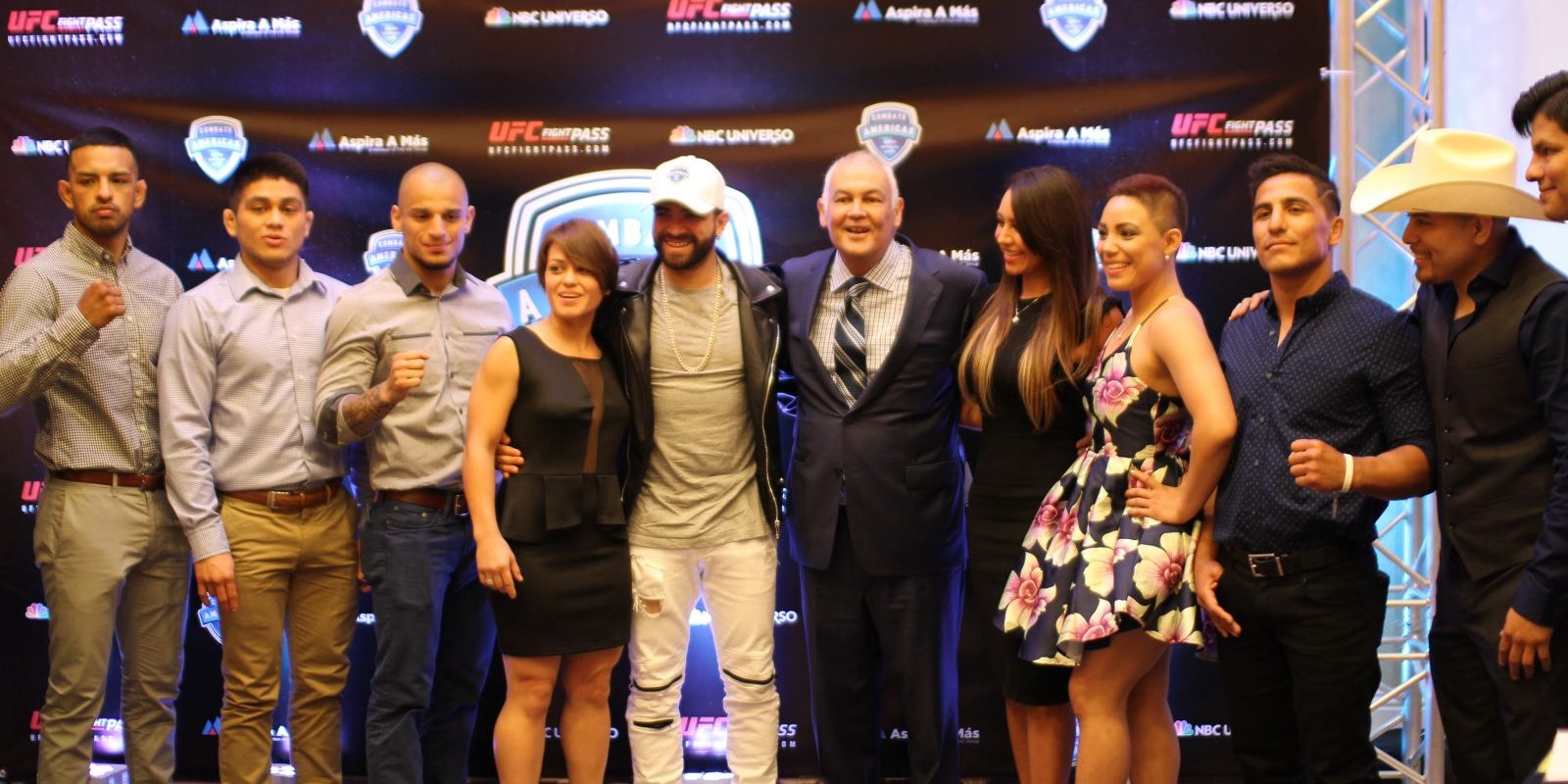 The Roman Show with Combate Americas founder Campbell McLaren, co-creator of the UFC, at Hispanicize in Miami who shared details on the promotion.
At the event, McLaren was joined by several of the fighters who will be competing on the upcoming fight cards taking selfies and pictures. His charisma filled the room at the annual event.

“The fight business is the entertainment business,” he said. “Just as the fighters need to have personality and the commentators so do the promoters. Is there another person than (UFC president) Dana White. Dana is a great spokesperson for the UFC.”

He said airing the promotion on UFC Fight Pass is a great opportunity for all fight fans.
“First and foremost, Combate Americas will air on NBC Universo in Spanish,” he said. “Unlike other organizations, we don’t translate into to Spanish. We will now translate into english. It’s a great way for non-spanish spearkrs to love Combate Americas.”

“Level is a legend,” he aid. “He really is and just like many of our fighter has a great story. Turned his life around thought the marital arts and he turned his life and am not talking parking tickets. I heard he is semi retired. we love level. We love to have him on the show. I need to talk to alan to be part of the show. But I think he has in that stage where he has moved u in his life. “