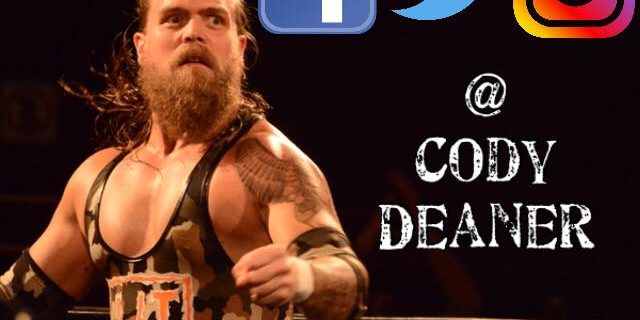 Veteran professional wrestling Cody Deaner could be closer to another shot at joining World Wrestling Entertainment.

Deaner joined The Roman Show to talk about his recent experience at the WWE’s Performance Center. The Canadian has been a professional wrestler for over ten years and he opened up about his recent tryout.

“The experience there is unreal,” he said. “The coaching staff there is hands down amazing. You couldn’t have better guys. I spoke to guys to Steve Corino, Johnny Saint, Matt Bloom, Terry Taylor, it was a cool experience. I have rubbed shoulders with some of those guys. It is nice to catch up with those guys. I’ve been around for a while, but I am up for learning something new and passing things on. It was cool seeing the young guys that have never stepped in a wrestling ring. Being a fly on the wall was interesting from my perspective being there after 17 years wondering am I too old for this, but I pushed myself.”

It wasn’t his first experience with the WWE. He first match on the big stage was with WWE hall of famer Kurt Angle.

“That was my first big break. Up on to that I had only done independent shows. I had been sending tapes and trying to get noticed,” he said. “I sent physical tapes in the mail. Tommy Dreamer got a hold of me it was his first day in the office. I had a dark match and wrestled on Smackdown. Vince McMahon himself shook my hand right after because of how well I did. That was a surreal experience.”

He said his status is currently up in the air, but anything is possible.

It’s not just a book about wrestling… it’s a book about life. It can be enjoyed whether you’re a wrestling fan or not.#RecommendedReading #SlobberKnocker pic.twitter.com/QxKtJWrh2L

Hear the complete interview as he also talks about being a motivational speaker, teacher, social media engagement with Jim Ross, how the WWE used to choose talent back in the day compared to today
and more.