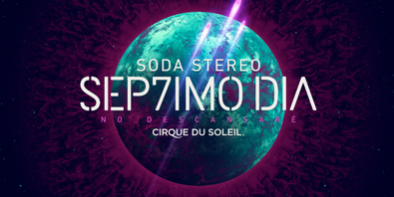 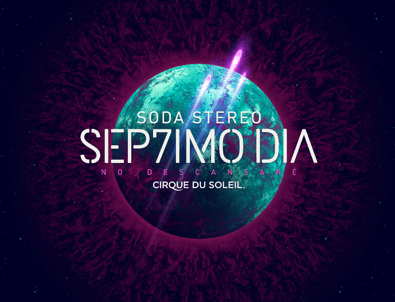 Miami, FL– Cirque du Soleil returns to the City of Miami in 2018 with its highly acclaimed touring show SEP7IMO DIA – No Descansaré, the show inspired by the musical legacy of the iconic Latin rock band Soda Stereo. SEP7IMO DIA will premiere at Watsco Center in Coral Gables on April 18th through April 22nd . This will be the show´s first time in the USA, having entertained more than 1 million people in 5 countries of Latin America in 2017.

Written and directed by Michel Laprise (also director of Cirque du Soleil´s KURIOS – Cabinet of Curiosities as well as Madonna´s MDNA tour), SEP7IMO DIA conjures a world outside of time – a place where emotions ebb and flow like the tide, pulsing to the rhythm of the band’s emblematic songs.

A cast of 36 performers take the audience through a series of visual, acrobatic and artistic tableaux, achieving an unforgettable experience that honors the fierce and innovative artistic approach of the trio and their musical legacy.

SEP7IMO DIA – Cirque du Soleil´s 40th show – is one of the company´s creative collaboration with world known musicians, others being The Beatles LOVE and Michael Jackson ONE, both resident shows in Las Vegas.

Exactly ten years after the band´s Me Verás Volver tour in 2007, the tour that reunited the band after a decade of separation, SEP7IMO DIA – No descansaré pays tribute to the wave of euphoria that Soda Stereo unleashed in Latin America and beyond, and celebrates the iconic band’s deep connection with its fans.

SEP7IMO DIA – No Descansaré is Cirque du Soleil´s first show that features a sector where the audience is standing up. The sector, called Zoom Zone, will give audiences the opportunity to live the energy of the show at it´s best.

Presale is also available now for SEP7IMO DIA – No Descansaré in the city of Los Angeles, which will take place in The Forum from May 3rd to 6th.