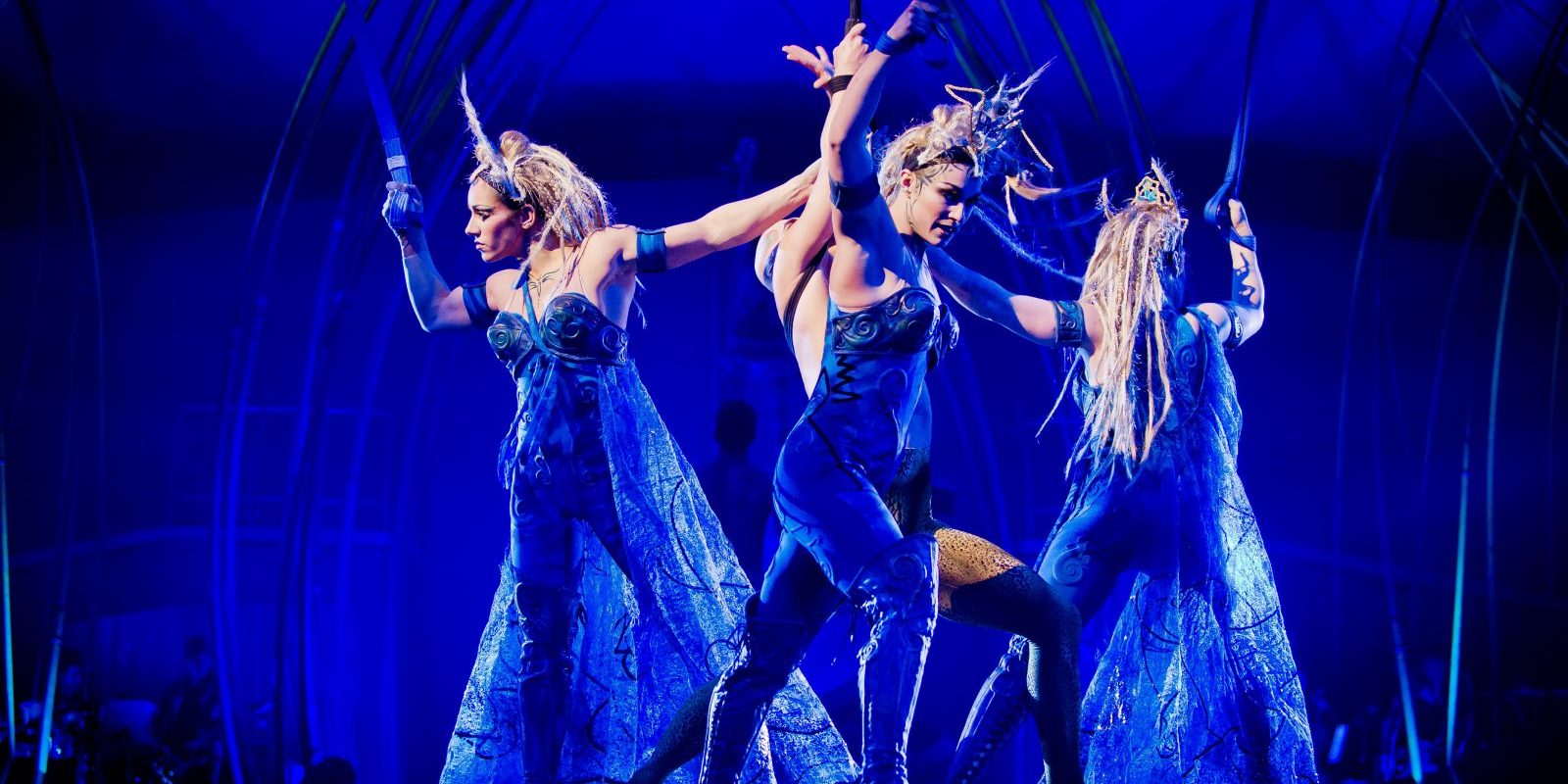 Miami, FL – Monday August 11 – After the remarkable success of TOTEM in 2013, Cirque du Soleil returns to Miami with one of its newest touring shows, Amaluna, which will premiere onDecember 11 under the iconic blue and yellow Big Top at Sun Life Stadium. Written and directed by Tony Award-winning director, Diane Paulus, Cirque du Soleil’s 33rd production Amaluna is a celebration of love and a tribute to the work and voice of women. Exclusive pre-sale tickets are now available for existing Cirque Club members. To sign up for complimentary membership visit www.cirquedusoleil.com/cirqueclub; giving members access to the best seats under the Big Top, promotions with our partners and a chance to experience never-before-seen exclusive Cirque du Soleil content.
Tickets will be available for purchase to the general public as of August 25 2014 by visiting www.cirquedusoleil.com/amaluna or by calling 1-877 9

AMALUNA
Amaluna invites the audience to a mysterious island governed by Goddesses and guided by the cycles of the moon. Their queen, Prospera, directs her daughter’s coming-of-age ceremony in a rite that honors femininity, renewal, rebirth and balance which marks the passing of these insights and values from one generation to the next.
In the wake of a storm caused by Prospera, a group of young men washes ashore the island, triggering an epic and emotional story of love between Prospera’s daughter and a brave young suitor. But theirs is a love that will be put to the test and the couple must face numerous demanding trials before they can achieve mutual trust, faith and harmony.
Amaluna is a fusion of the words ama, which refers to “mother” in many languages, and luna, which means “moon”; a symbol of femininity that evokes both the mother-daughter relationship and the idea of goddess and protector of the planet. Amaluna is also the name of the mysterious island where this magical story unfolds.

A TRIBUTE TO THE WORK AND VOICE OF WOMEN

For the first time in Cirque du Soleil’s history, Amaluna features a cast that comprises 70% women, with a 100% all-female band. “Amaluna is a tribute to the work and voice of women”, explains Director of Creation Fernand Rainville. “The show is a reflection on balance from a women’s perspective”, he adds. Writer and Director Diane Paulus, winner of a 2013 Tony Award (Pippin) and recently named as one of Time Magazine’s 100 Most Influential People of 2014, says; “I didn’t want to build a ‘women’s agenda’ show. I wanted to create a show with women at the center of it, something that had a hidden story that featured women as the heroines.” Paulus drew from a series of classical influences when creating the concept of the show, including tales from Greek and Norse mythology, Mozart’s The Magic Flute and Shakespeare’sThe Tempest.

Some 30 years ago, Cirque du Soleil was but a dream. It was the dream of a small community of travelling performers who would do anything to share their love of the stage, of circus and the of the world. The family has since grown and now includes thousands of dreamers – creators, artists, technicians and workers who toil in the shadows. The dream has become a symbol of Quebec pride, an international entertainment company that has brought 35 large-scale shows to life – 20 of which are still in operation.