Chase Brown has been waiting for shot at Earl Cooter; Challenges Conor McGregor 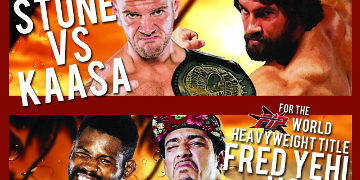 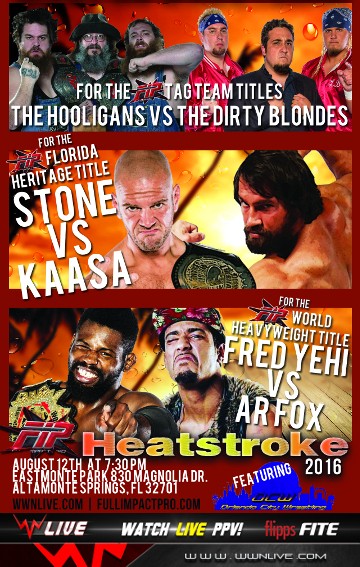 Full Impact Pro’s Chase Brown has strong words for his upcoming opponent at Heatstroke 2016, but he has his sights on another foe who has been bad mouthing professional wrestling.

Brown, who has wrestled for Ring of Honor, takes on Earl Cooter with Veronica Vox in Altamonte Springs, FL at the Eastmonte Civic Center August 12, 2016. Bell time is 7:30 p.m. Catch on www.wwnlive.com. He joined The Roman Show for an interview prior to his match.

Brown hasn’t been a fan of Cooter since the first day he laid eyes on him.

“First time I met Earl Cooter, I had suffered an injury in 2014 working out with Impact Pro Wrestling Caleb Conley, so I couldn’t wrestle that night,” he said. “Caleb was at Evolve and I saw this guy Earl Cooter perform. There was something about this guy that gets me under my skin. With Earl Cooter is firing rage at first site. I’ve had this desire to annihilate Earl Cooter since the first time I saw him.”

But, the heat wasn’t only on his opponent. Brown voiced his opinion on UFC featherweight champion Conor McGregor who essentially said he can take on the entire WWE roster. Brown openly challenged him to bout on the mat.

“I am a man who gets in the car early in the morning,” he said. “I am going to drive for ten to 12 hours and I am going to get in my car get to this building and I am going to kick Earl Cooter’s ass…Those are the conditions wrestlers live in. I don’t think Conor with all the privileges he has and his fight every six months or so has any idea what as Taz said on Twitter in the WWE locker room or any wrestling locker room, there are two or three guys that can hospitalize McGregor.”

Hear more of his challenge, catch wrestling and his mixed martial arts training.