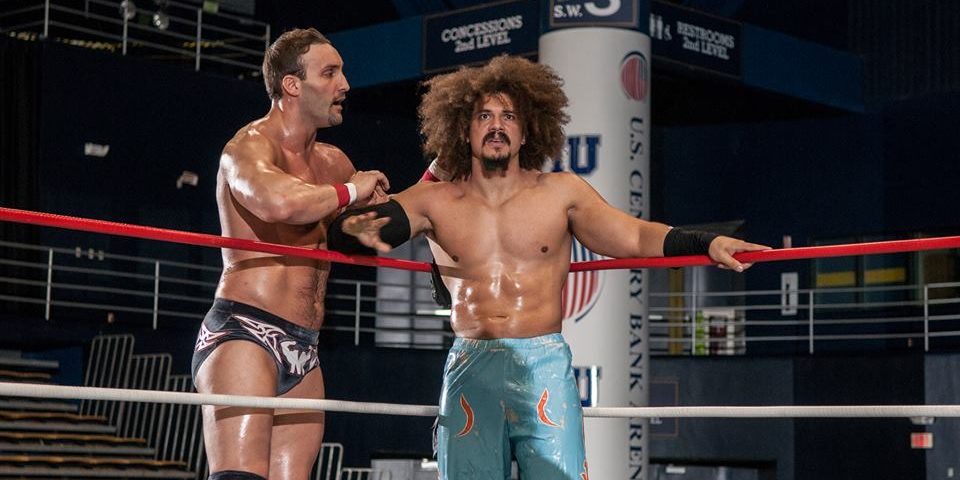 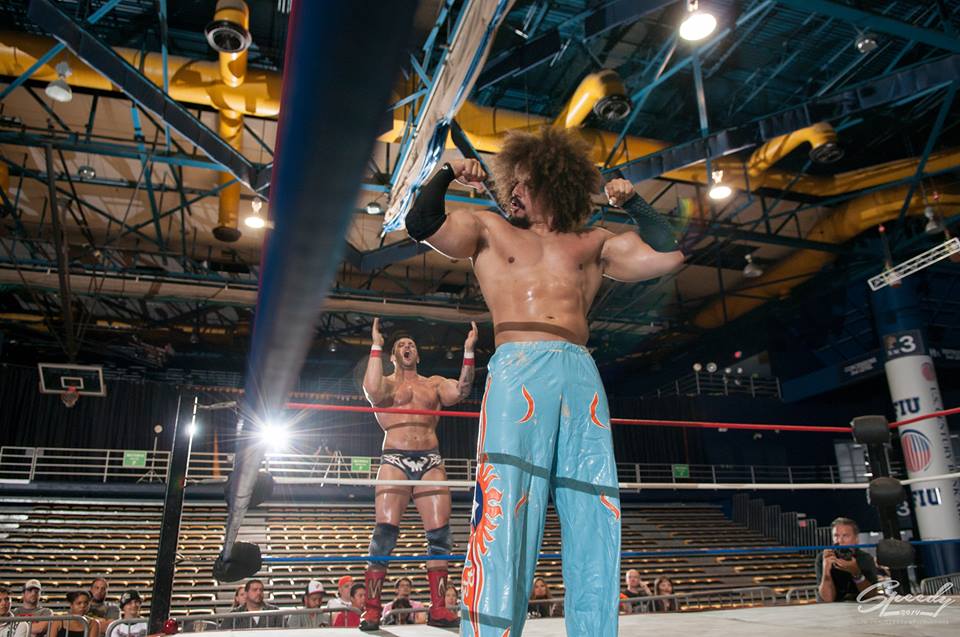 Former WWE wrestler Mr. Master Piece Chris Masters says he’ll bench press the Big Show.
“I am pretty sure Big Show jumped for him,” referring to Cesaro slamming Big Show at Wrestlemania 30. “Not to take away anything from Cesaro he looks like a talented worker who can probably bring his work down a little bit and his body up, but that’s just my opinion. If he slammed the Big Show than I can probably press the Big Show.”
Masters and Carlito teamed in Miami, Fl. for the Continental Wrestling Federation’s Maximum Force event Saturday against the OMEGA Powers Matt Hardy and Shane Hurricane Helms. Both teamed up to make the Body Guys and spoke to The Roman Show.
At one point, WWE superstar coined Masters as the strongest opponent he had faced before.
“We put smiles on faces,” Carlito said. “I don’t call myself a wrestler.”
He later said, “We are like alpha and omega, ying and yang.”
Masters also gave his opinion on the independent scene.
“It’s fun,” Masters said. “I think its fun we get to do what we love to do. We don’t have to be merry to it like in the WWE.”
Both also talked about their Mother’s Day gifts for their mothers and more. Hear the complete interview below.