You are here:
Personal BlogUncategorized 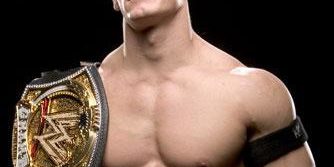 Rodolfo Roman
It was 2000, John Felix Anthony Cena trained restlessly to become a professional wrestler at the California-based “Ultimate University”, which was operated by Ultimate Pro Wrestling. The man who now plays as John Cena was then known as The Prototype, a semi-robotic character.
Now, the Cena, who once had a robotic voice, has become the face of the World Wrestling Entertainment, the biggest pro wrestling promotion. He has stared on movies and appeared on late television promoting events. With just a few weeks left before the company’s gigantic event, Wrestlemania, fans are non-stop talking about his match against The Rock, who once wore the shoes of Cena.
However, his character has not been appreciated and the fans want him to turn to the dark side or in the terms of pro wrestling, heel. Tune in Monday to watch Monday Night Raw and just hear some fans chant, “Cena sucks”. But, the other half, which happens to be under 15 years old, chant, “Let’s go Cena”. At this point, those 25 years old and above are rooting for The Rock, while anyone under supports for Cena.
The Massachusetts born wrestler first came into the WWE as a heel and played a fantastic role, but ever since he turned into a hero, or in pro wrestling terms baby face, Cena has been the main man for Vince Mcmahon, owner of WWE. Mcmahon has depended on him for bringing in a new generation of wrestling fans and Cena merchandise have been hotter than a pizza out of the oven. Some fans say there’s nothing wrong with a little change, while others believe Cena is great the way he is. So, what do fans really want? After a post on Facebook and twitter, this is what they had to say:

Cristina Sachs Bc he embraces the hate?

Mary Ann Knockout But John doesn’t. He’s all about Rise Above Hate.

William Padron I don’t think so.. I think he’ll defeat the rock at wrestlemania. As a passing of the torch. No way should he go heel.

Sergio Storm Surge Rodriguez ive stopped watching since Benoit’s murder suicide BUT i suspect from the little that i have seen, that fans just grow up and he’s too “wholesome and corporate” for their taste.

Jay Pagliaro You know as do I, the John Cena we are seeing now is pretty much the same John Cena we have seen for the last what… Six years? Seven? I see little change from him since he abandoned the Vanilla Ice/Eminem gimmick. Frankly, its time if for no other reason than to freshen up his character. Besides, 50 percent of the audience boos him already. If done properly, this can be the biggest turn since Hogan and actually make the WWE money in the long run.

Does Cena have to be heel forever? No. In fact, if they turn him in to an edgy heel, some of that 50 percent that boos him now might go to the other side when his inevitable face turn occurs.

I hear so many people say he can’t because of merchandise sales, but I refuse to buy that. Hulk Hogan sold more merchandise in one month than John Cena will in two years. Hogan was clearly the biggest baby face in professional wrestling history.. yet when WCW turned him heel, they made a ton of money and inexplicably extended their shelf life by another three – five years.

Cena needs a heel turn. It’s well past due. If they plan on going in to Mania in Miami with face Rock vs. face Cena it will backfire on them.. badly.

Mary Ann Knockout Just now there was a video of John helping out guys from FCW. You’ll never see anyone else do that. So maybe yeah he needs to change some to be fresh, but not heel.

Jay Pagliaro Mary Ann, helping guys out behind the scenes and being a prick on camera can be differentiated. John is a good man… But I still think he can be heel.

Mary Ann Knockout Yeah but look at when Sting turned heel, he was even more popular than John. It didn’t work. I just don’t think it’ll work.

Randall Villafañe Change the image we’ve seen for countless years… I mean after a while a persona gets tiring to the point that even now you see kids in the crowd buying into the Hate Cena movement. I don’t hate the man because he does so much for Make A Wish and other charities and he is an extreme hard worker but still the character needs some upgrade some change and just maybe he does need to embrace the hate already.

Mary Ann Knockout Here’s a question: How do you update and change Cena image? What is there he can legitimately do that hasn’t already been done? I do admit he needs to change. A heel just won’t work. It’s gotta be believable.
February 19 at 11:03pm • Like

Randall Villafañe I agree that it has to be believable whether it’s a heel turn or whatever they figure out and if i knew how they could I would blow up there phones and email lol but if they could do it at anytime it could be now when the majority of all crowds are against him and this whole Kane bit could’ve made it happen… i don’t know dammit but they need to figure the damn thing out. lol
February 19 at 11:17pm • Like

Mary Ann Knockout That’s another problem…. No great writers for the WWE. If there were some fairly decent writers on staff it could have been done by now.

Mary Ann Knockout I think fans should be the writers for the WWE. Let face it, what’s going on now just isn’t working.