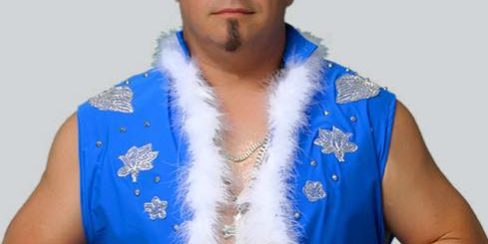 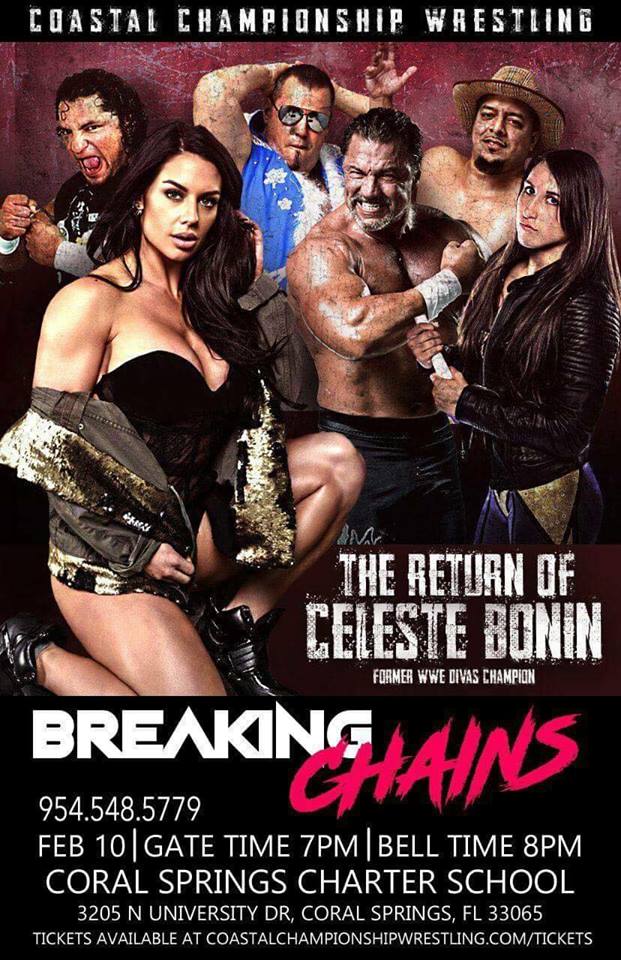 Coastal Championship Wrestling will host its first show of the year and will feature the return of former WWE Divas champion Celeste Bonin formerly known as Kaitlyn.

CCW wrestler Johnny Walker joined us to talk about how he started training in his 40’s, and how this show could break records.

“CCW is by far one of the best if not the best promotion in South Florida,” he said. “We put on a show in December that set record numbers at the Coral Springs Charter School and by far matched everyone else that runs a promotions here. We are looking to match those numbers. It’s possible to believe we can with ECW/WWE legend Al Snow involved and the most important person involved former WWE women’s champion Celeste Bonnin better known as Caitlyn . I can’t explain the buzz in the locker room.”

He said Bonin’s social media went out of control when she made the announcement of her return.

“Her social media has gone crazy, since she said she was training. First when she came to train with us at the Main Event Training Center, when she put after four years I am training and bumping on her social media went and through the roof. We are expecting eyes from all over the country. We are having people from all over the country come to see her.”

He said her match could be her last.

“This man has had a storied career in the span of 30 years,” he said. “He is complete. There’s nothing else he can’t do. He’s been a trainer, a superstar, and seminars, held championships. CCW keeps throwing these has beens at me. People, I am Johnny Walker. I am the best that Florida if not the country has. But the powers that be disrespect me with these over the hill has beens. I have the respect for him. I believe in his knowledge but I believe he’s past his time.”

Hear about how he started to wrestle at age 40, training and more.