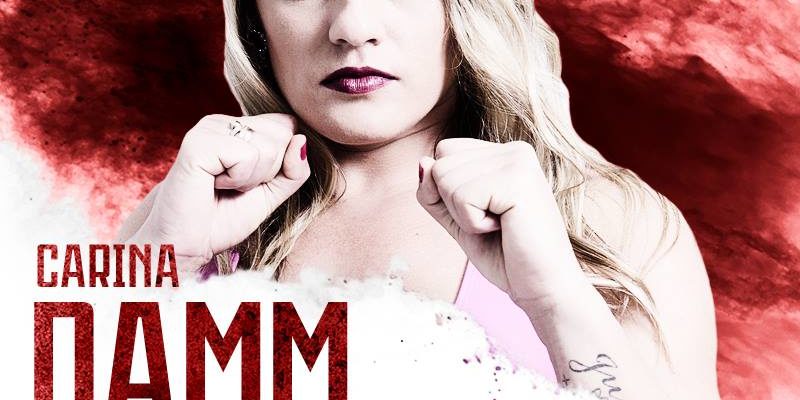 Once in the top fighter in women’s mixed marital arts, Brazilian Carina “Barbie” Damm is on the haunt to reclaim being the mix once again.

She gets her chance this Friday when she squares off with Sarah Alpar at Titan FC 39 in Coral Gables Friday, June 10, which streams live on UFC Fight Pass.

Damm joined The Roman Show to talk about her upcoming fight and her newly signed contract with Titan FC.

“I am proud about my contract with Titan FC,” she said. “I see a an opportunity. Fighting is my dream. I love it. I am excited.”

She has her sight on Alpar and is well aware of what she brings to the cage.

“She has good Muay Thai,” she said. “She is coming to Titan FF. I think she’ll try to kick me.”

Damm’s last fight was in April of 2015 against Marciea Allen. She lost by submission and prior to that bout, she competed against Elaine Albuquerque in June 2014. She is now ready to battle, she said.

“I didn’t have good timing for training,” she said of her absence from the cage. “Now, I have time for training and diet. I hope to win my next fight.”