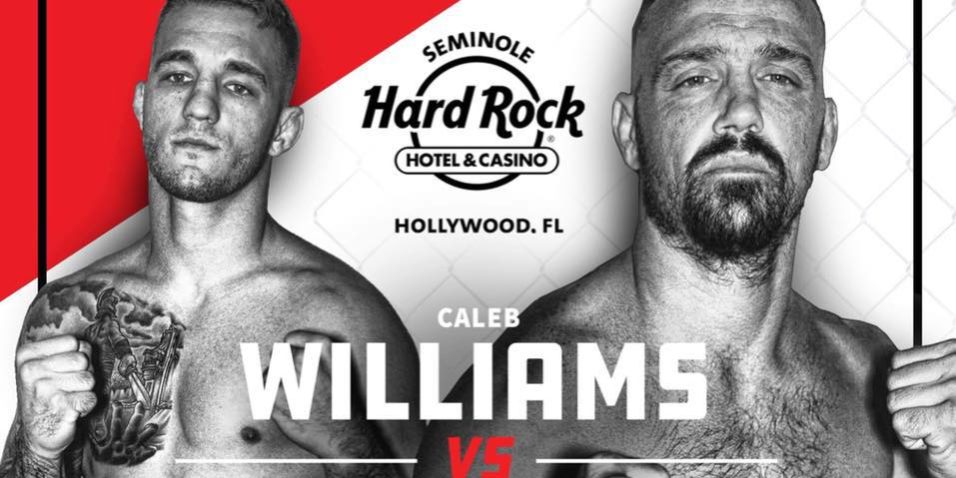 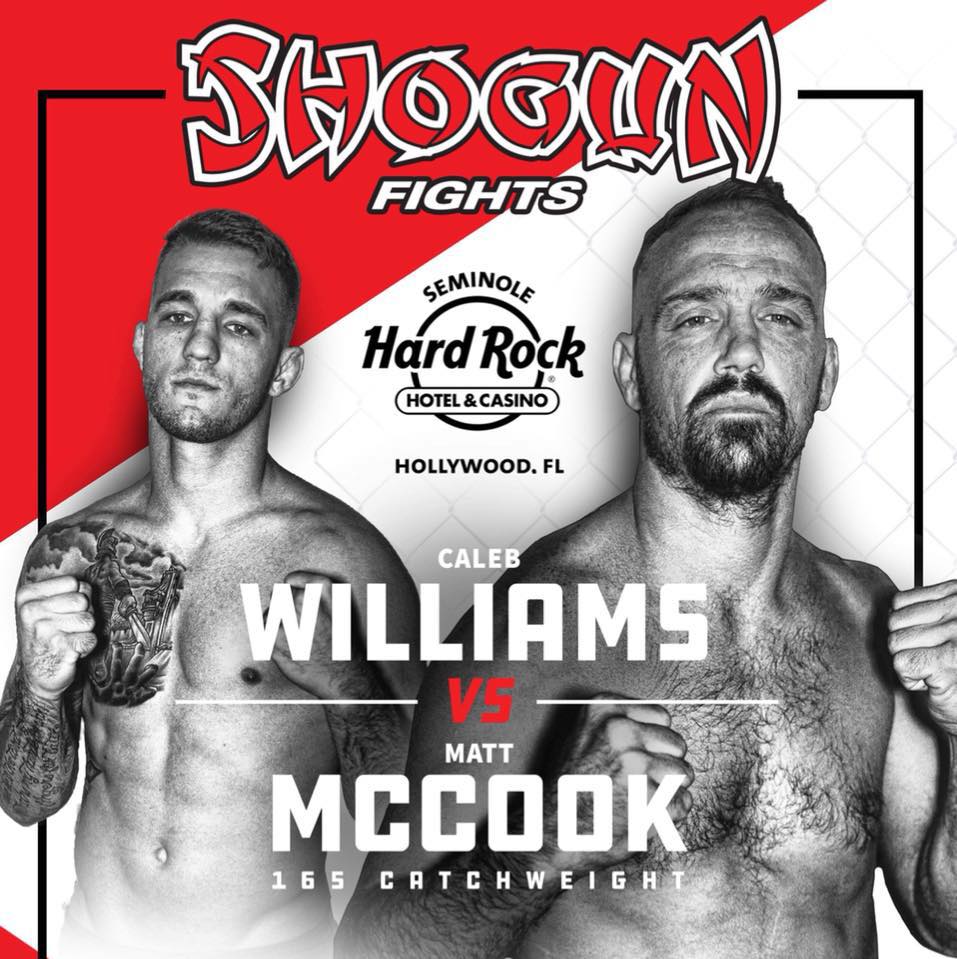 American Top Team’s standout Caleb Williams has been patiently waiting to duke it out in the cage, but he finally gets a chance to this weekend.

Williams meets Matt McCook at Shogun Promotion’s event at the Hard Rock Event Center in Hollywood, Florida this Saturday, March 17. Tickets are on sale. McCook was scheduled to fight on a card last year but after the show was rescheduled twice, it eventually was cancelled. McCook spoke to The Roman Show about his coming fight.

William will meet his foe in a catch weight duo.
“I am feeling awesome. I am doing a catch weight so I don’t have to cut much weight. I am a lot more energetic than normal,” he said.

Normally, Williams fights at 155 pounds, but his opponent didn’t budge.

The Illinois fighter said he took advantage of his time off while he waited for a fight.

“It helps my body,” he said referring to taking time off. “I watched old film of mine and make improvements.”

He is coming off a split decision loss from last April. He said his head is in the game and hasn’t seen much video of his opponent.

“I haven’t watched much video on him,” he said. “There isn’t much on him recently. It is hard to go off that since there is old video. He trains with Jiu Jitsu expert and mixed martial artist Vagner Rocha. I am going to out there and implement my game plan and hopefully finish the fight.”