Breaking Benjamin Returns to Florida In Support of “Dark Before Dawn” 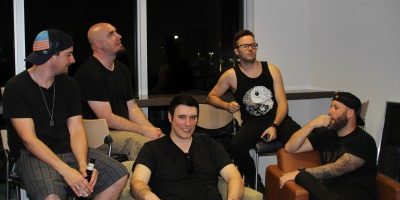 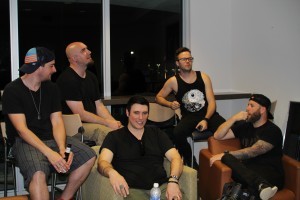 Breaking Benjamin is coming back to Florida in support of their hit album “Dark Before Dawn, which has brought the band its most successful year.

Breaking Benjamin will hit the stage at Revolution Live, 100 SW 3rd Ave., in Fort Lauderdale to a sold out crowd August 25. The band will also visit Orlando August 24 and St. Petersburg August 26. They’ll be on tour with support from Starset and Young Guns. Although tickets to Revolution Live are sold, checkout the VIP Upgrade.

The Roman Show caught up with vocalist Ben Burnley and the band’s new members, who spoke about their new album and record’s first single.

“It’s a collaborative effort like we give all the songs to a lot of people because as a band you want an outside opinion,” he said in an interview back in April, during the Fort Rock Fest in Fort Myers. “The whole album to a bunch of people and they came back as Failure as showcasing the album. The rest sounds like classic Breaking Benjamin. It shows how the band is getting better. Plus we have this thing that it is ok to fail. We are just enjoying the support. There is many more to come.”

The new album catapulted the band’s album to the No. 1 spot on the Billboard Top 200 during the week of its release back in June. Singles like Failure, is highly requested, and the second single Angels Fall grabbed the No. 10 slot.

Burnley has been vocal of the band’s past challenging five years and dealing with a personal illness. But the obstacles have lead to success, which relates to several songs in “Dark Before Dawn”.
Make sure not to miss the band’s visit as they’ll perform music from the new album and Breaking Benjamin hits like Sooner or Later.

The Diary of Jane band will later hit the road in the fall with Shinedown and Nothing More. For details, click here.