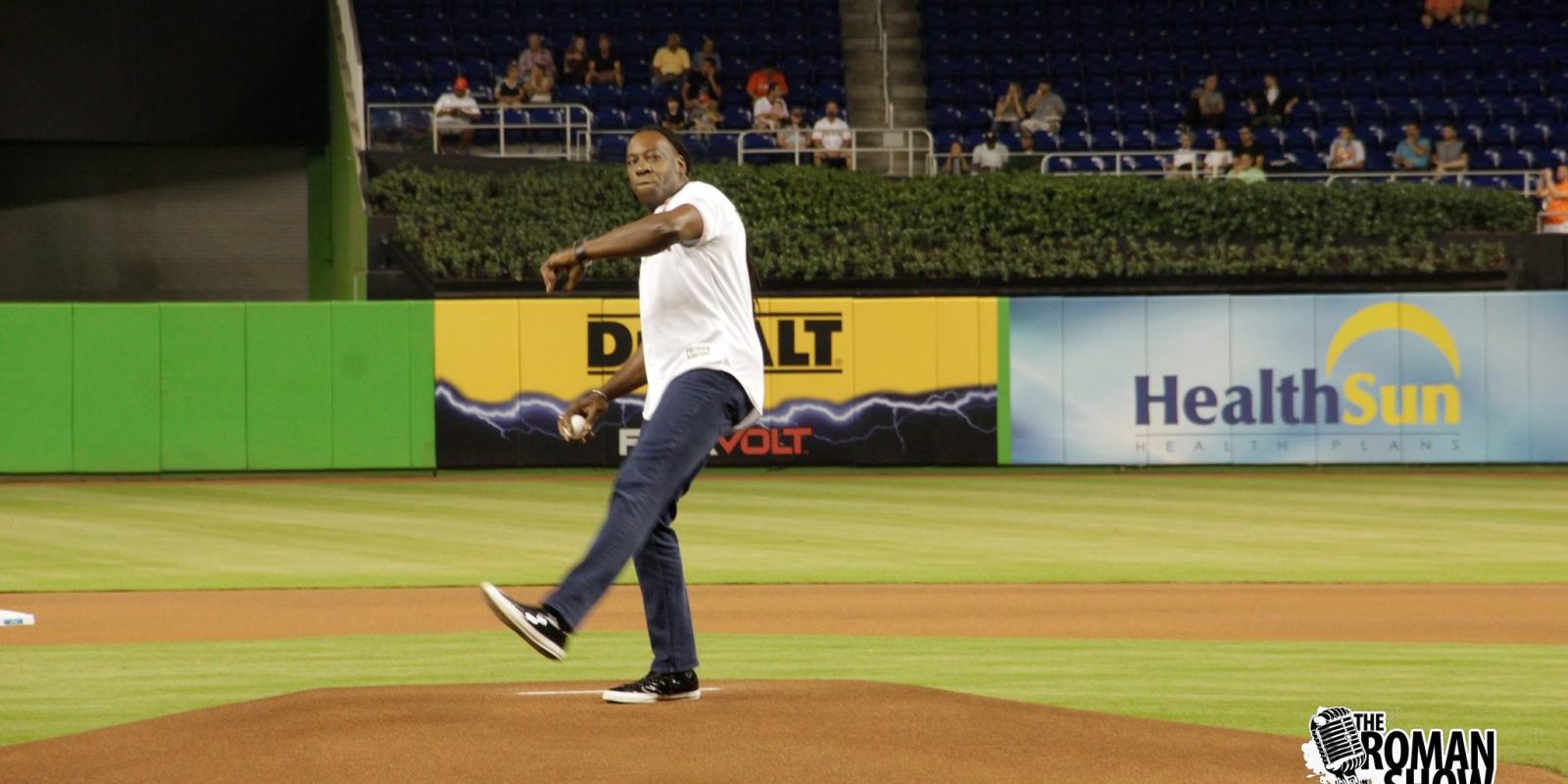 Booker T was part of the Legends of Wrestling line up Saturday at Marlins Park. He spoke to The Roman Show.

With recent injuries of wrestlers in the WWE, Booker T voiced his opinion on the matter.

“The bar is higher,” he said. The guys want to one up each other. Wrestling for me the way I trained is of doing the art of watching nothing. These guys raise the bar so much. It’s inevitable. It’s not a matter of if, but it’s a matter of when it’s going to happen. I think they should work smarter, think about the psychology a little more drawing the fans from a Shakespearean, Phantom of the Opera perspective. They can do it a whole a lot safer.”

He also talked about his former student Ember Moon’s debut at NXT TakeOver.

“She’s everything I expected,” he said. “When she first came to me she was already talented she had the tools. She had to be polished. She had the hunger. She was willing to travel the miles. She was way ahead before she got her. Now she was able to show the world.”

Booker T also talked about his recent surgery to his elbow caused by performing the Spin O roonie.

“Injury caused by doing the Spin O roonie for 20 years,” he said. “I didn’t realize how much pressure this elbow was taking until that night when I did the move on the hardwood floor.”

He also talked about who can possibly have a major impact to the main roster from those who came from NXT, talents in his Reality of Wrestling promotion and more.