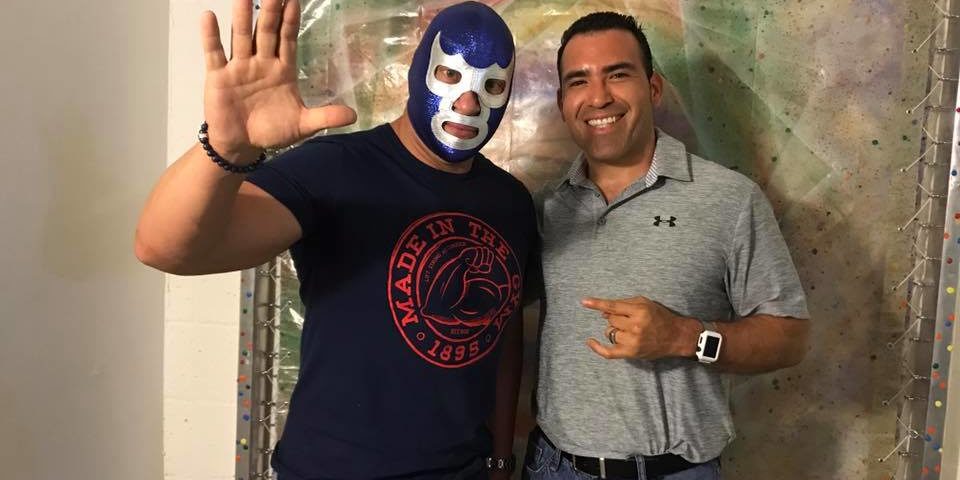 He spoke to The Roman Show about his experience at Lucha Underground.

“It was a great experience,” he said in Spanish. “We didn’t finish on good note. There were many things that remained. The writers left a lot on the table and they focused on other things. If you look at Lucha Underground it’s no longer Mexican Luchalibre, which what was intended to be. Since it wasn’t like that I left.”

The former NWA champion said he will soon be talking to the new owner of the company, Smashing Pumpkins singer Billy Corgan.

“I think you might see me in NWA,” he said. “I have a stake in NWA Mexico. I need to speak with the owner to see if we continue with our alliance and we’ll let you know the good news.”

He also talked about lucha superstar Pentagon Jr. and his brother Fenix.
“Pentagon and Rey Fenix were my students I can tell you Alberto Del Rio is a great wrestler since the time he was Dos Caras Jr. He went to the WWE, he took advantage and now he is now ready to show what he did in WWE to the world.”

Blue Demon Jr. was one of the originals of the Mexican promotion AAA. He shared his thoughts about the company.

“AAA has been controversial,” he said. “In whatever promotion I am, I try to close my cycle and say my thanks even if I leave with problems. I don’t like to talk about the problems. The relationship you have with a promotion should be private. But it comes to the point were the talent isn’t happy or information is being circulated that isn’t good and then the rumors start. I can tell you it is controversial. It is the lead promotion in Mexico just like CMLL. Everyone has their following. “

Hear him talk about facing the Chavo Guerrero, training Pentagon Jr. and more.